As an actor, his work in the 2004 Ray Charles biographical film Ray earned him the Academy Award and BAFTA Award for Best Actor as well as the Golden Globe Award for Best Actor in a musical or comedy. The same year, he was nominated for the Academy Award for Best Supporting Actor for his role in the action film Collateral. Other prominent roles include the title role in the film Django Unchained (2012), the supervillain Electro in The Amazing Spider-Man 2 (2014) and William Stacks in the 2014 version of Annie. Foxx also starred in the 1990-1994 sketch comedy show In Living Color and his own television show from 1996 to 2001, the sitcom The Jamie Foxx Show, in which he played Jamie King.

He is also a Grammy Award-winning musician, producing three albums which have charted highly on the US Billboard 200: Unpredictable (2005), which topped the chart, Intuition (2008), and Best Night of My Life (2010). More: en.wikipedia.org. 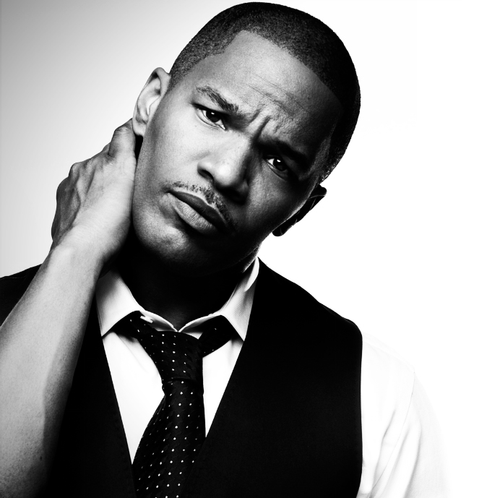