Ronald Walken, known professionally as Christopher Walken (born March 31, 1943), is an American actor. He has appeared in more than 100 films and television shows, including The Deer Hunter, Annie Hall, The Prophecy trilogy, The Dogs of War, Brainstorm, The Dead Zone, A View to a Kill, True Romance, Pulp Fiction, Catch Me If You Can, Hairspray and Seven Psychopaths, as well as music videos by many popular recording artists. Walken has received a number of awards and nominations during his career, including winning the Academy Award for Best Supporting Actor in 1978 for his portrayal of Nikanor "Nick" Chebotarevich in The Deer Hunter.

Walken's films have grossed more than $1 billion in the United States. He has also played the lead in the Shakespeare plays Hamlet, Macbeth, Romeo and Juliet, and Coriolanus. He is a popular guest-host of Saturday Night Live. His most notable roles on the show include record producer Bruce Dickinson in the "More Cowbell" sketch, as the double-entendre-named disgraced Confederate officer, Colonel Angus, and his multiple appearances as The Continental.

Walken debuted as a film director and script writer with the short film Popcorn Shrimp in 2001. He also wrote and acted the main role in a play about his idol Elvis Presley titled Him, in 1995. More: en.wikipedia.org. 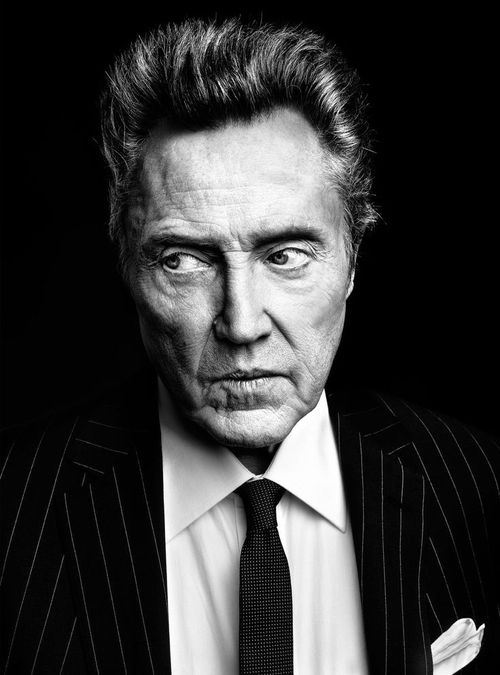