David Carradine (born John Arthur Carradine; December 8, 1936 – June 3, 2009) was an American actor and martial artist, best known for his leading role as a Shaolin peace-loving monk, Kwai Chang Caine, in the 1970s television series Kung Fu. He was a member of a productive acting family that began with his father, John Carradine. His acting career, which included major and minor roles on stage, television and cinema, spanned over four decades. A prolific "B" movie actor, he appeared in more than 100 feature films and was nominated four times for a Golden Globe Award. The last nomination was for his title role in Quentin Tarantino's Kill Bill.

Films that featured Carradine continued to be released after his death. These posthumous credits were from a variety of genres including horror, action, western, martial arts, drama, science fiction and documentary. In addition to his acting career, Carradine was also a musician and pursued a directing career. More: en.wikipedia.org. 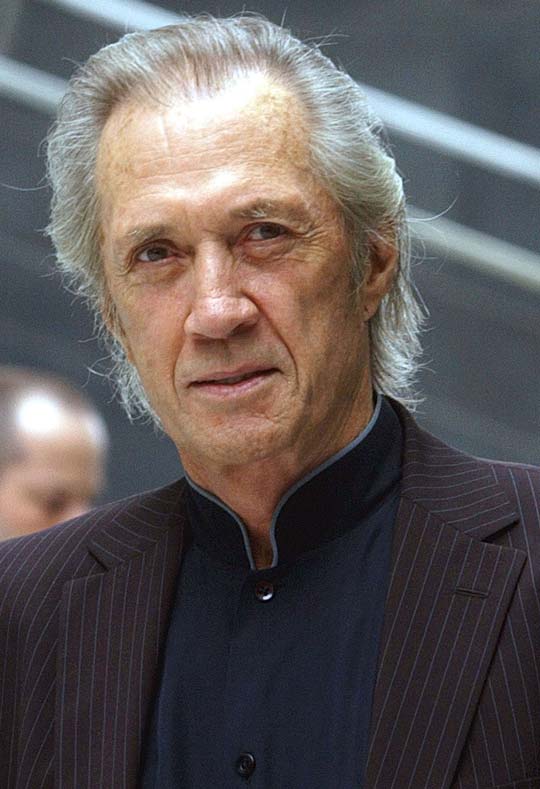