Uma Karuna Thurman (born April 29, 1970) is an American actress and model. She has performed in leading roles in a variety of films, ranging from romantic comedies and dramas to science fiction and action movies. Following early roles in films such as Dangerous Liaisons (1988), she rose to international prominence in 1994 following her role in Quentin Tarantino's Pulp Fiction for which she was nominated for an Academy Award, a BAFTA Award and a Golden Globe Award. She starred in several more films throughout the 1990s such as The Truth About Cats & Dogs, Batman & Robin, Gattaca and Les Misérables. 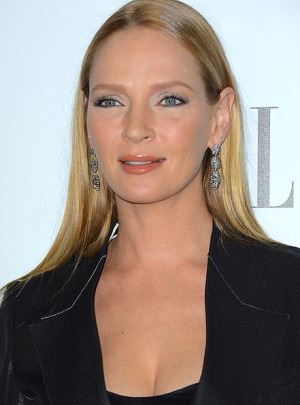