Chinese Democracy is the sixth studio album by American hard rock band Guns N' Roses, released on November 23, 2008, by Geffen Records. It was the band's first studio album since "The Spaghetti Incident?" (1993), and their first album of original studio material since the simultaneous releases of Use Your Illusion I and II in September 1991. Despite debuting at number three on the Billboard 200 and being certified platinum by the Recording Industry Association of America (RIAA), Chinese Democracy domestically undersold expectations. The album achieved international chart success and has sold over one million copies in Europe.

In 1994, Guns N' Roses' progress on a follow up to The Spaghetti Incident was halted due to creative differences between members. Slash, Duff McKagan, Matt Sorum, and Gilby Clarke all resigned or were fired from the band in the mid '90s. Vocalist Axl Rose and keyboardist Dizzy Reed were the only members from the previous lineup remaining by the time production had started. A new lineup, consisting of Rose, Reed, guitarists Robin Finck and Paul Tobias, bassist Tommy Stinson, drummer Josh Freese, and keyboardist Chris Pitman began working on the album in 1997. Initially intended to be released in 1999 or 2000, the album was re-recorded completely in 2000. The album was worked on by multiple lineups of the band, including later members Bryan Mantia, Buckethead, Richard Fortus, Ron "Bumblefoot" Thal, and Frank Ferrer. Personnel and legal reasons, as well as Rose's alleged perfectionism caused the album to be delayed multiple times, including missing an announced March 2007 release date, before being released in November 2008. With production costs reportedly eclipsing $13 million, the album is the most expensive rock album ever produced. More: en.wikipedia.org. 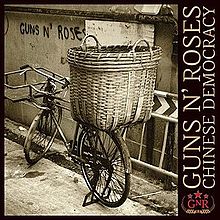 Use Your Illusion I

Use Your Illusion II