Jeffrey Dean Isbell (born April 8, 1962), better known by his stage name Izzy Stradlin, is an American guitarist, singer and songwriter. He is best known as the co-founder and former rhythm guitarist of the hard rock band Guns N' Roses, which he left at the height of its fame in 1991, and with whom he recorded three studio albums.

Following his departure from the band, Stradlin' fronted his own band Izzy Stradlin and the Ju Ju Hounds, before continuing to record as a solo artist. He was inducted into the Rock and Roll Hall of Fame as a member of Guns N' Roses in 2012. More: en.wikipedia.org. 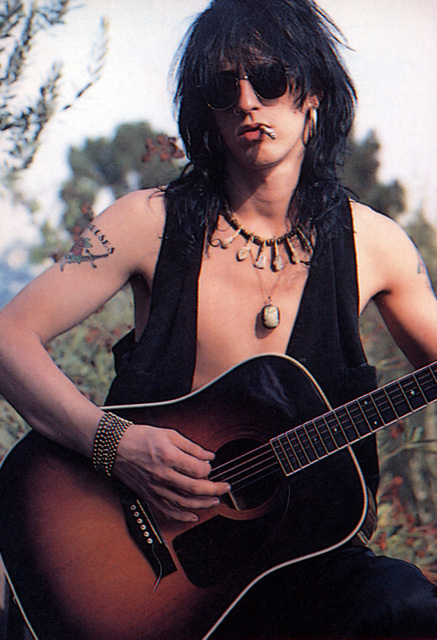