The Lord of the Rings: The Two Towers, rating as a movie

Continuing the plot of The Fellowship of the Ring, the film intercuts three storylines. Frodo and Sam continue their journey towards Mordor to destroy the One Ring, meeting and joined by Gollum, the ring's former owner. Aragorn, Legolas, and Gimli come to the war-torn nation of Rohan and are reunited with the resurrected Gandalf, before fighting at the Battle of Helm's Deep. Merry and Pippin escape capture, meet Treebeard the Ent, and help to plan an attack on Isengard. 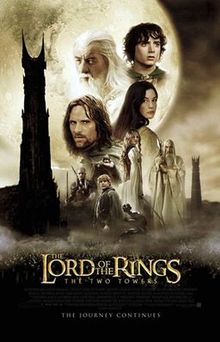