Meddle, rating as a music album

Meddle is the sixth studio album by English progressive rock group Pink Floyd, released on 30 October 1971 by Harvest Records. It was produced between the band's touring commitments, from January to August 1971. The album was recorded at a series of locations around London, including Abbey Road Studios and Morgan Studios.

The cover, incorporating a close-up shot of an ear underwater was, as with several previous albums, designed by Hipgnosis, though Storm Thorgerson was unhappy with the final result. More: en.wikipedia.org. 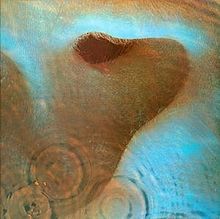