Robin McLaurin Williams (July 21, 1951 – August 11, 2014) was an American actor and comedian. He started as a stand-up comedian in San Francisco and Los Angeles in the mid-1970s. After rising to fame as Mork in the sitcom Mork & Mindy (1978–82), he went on to establish a career in both stand-up comedy and feature film acting.

In 1998, Williams won the Academy Award for Best Supporting Actor for his performance as Dr. Sean Maguire in Good Will Hunting. He also received two Primetime Emmy Awards, six Golden Globe Awards, two Screen Actors Guild Awards, and four Grammy Awards throughout his career, and was inducted as a Disney Legend in 2009. More: en.wikipedia.org. 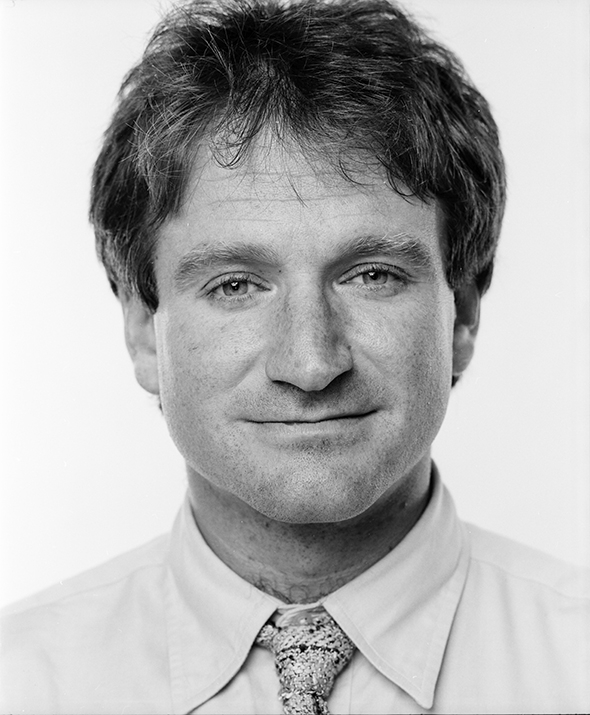