Keanu Reeves, rating as a musician (as an artist, in whole)

Reeves is most well known for his acting career, beginning in 1985 and spanning for more than three decades. He gained fame for his starring role performances in several blockbuster films including comedies from the Bill and Ted franchise (1989–1991), action thrillers Point Break (1991) and Speed (1994), and the science fiction-action trilogy The Matrix (1999–2003). He has also appeared in several dramatic films such as Dangerous Liaisons (1988), My Own Private Idaho (1991), and Little Buddha (1993).

His acting has garnered several awards including a star on the Hollywood Walk of Fame.

During his film career, Reeves has engaged in several forms of artistic expression. Active as a musician for a decade, he played bass guitar for the bands Dogstar and Becky. Acting onstage, he performed as Prince Hamlet for the Manitoba Theatre Centre's production of Hamlet. He wrote the text for a picture book, Ode to Happiness, illustrated by Alexandra Grant. He has also produced a documentary, Side by Side, and directed the martial arts film Man of Tai Chi. More: en.wikipedia.org. 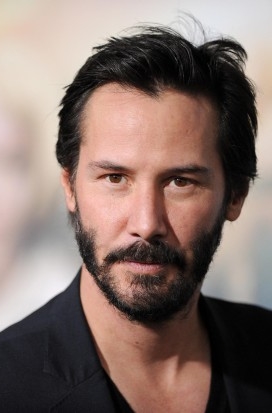