Syd Barrett, rating as a musician (as an artist, in whole)

Roger Keith "Syd" Barrett (6 January 1946 – 7 July 2006) was an English musician, composer, singer, songwriter, and painter. Best known as a founder member of the band Pink Floyd, Barrett was the lead singer, guitarist and principal songwriter in its early years and is credited with naming the band. Barrett was excluded from Pink Floyd in April 1968 after David Gilmour took over as their new frontman, and was briefly hospitalized amid speculation of mental illness.

Barrett was musically active for less than ten years. With Pink Floyd, he recorded four singles, their debut album (and contributed to the second one), and several unreleased songs. Barrett began his solo career in 1969 with the single "Octopus" from his first solo album, The Madcap Laughs (1970). The album was recorded over the course of a year with five different producers (Peter Jenner, Malcolm Jones, David Gilmour, Roger Waters and Barrett himself). Nearly two months after Madcap was released, Barrett began working on his second and final album, Barrett (1970), produced by Gilmour and featuring contributions from Richard Wright. He went into self-imposed seclusion until his death in 2006. In 1988, an album of unreleased tracks and outtakes, Opel, was released by EMI with Barrett's approval.

After leaving music, Barrett continued with painting and dedicated himself to gardening. Biographies began appearing in the 1980s. Pink Floyd wrote and recorded several tributes to him, most notably the 1975 album Wish You Were Here, which included "Shine On You Crazy Diamond", as homage to Barrett. More: en.wikipedia.org. 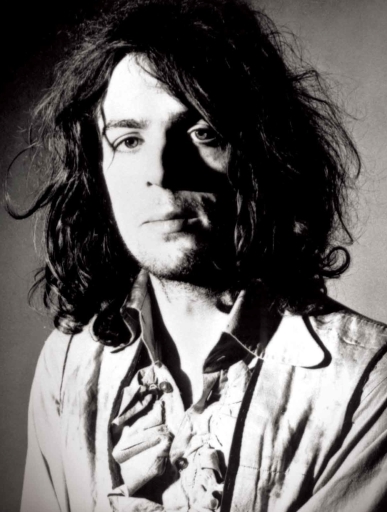