Visions, rating as a music album

Visions is the third studio album by Canadian singer and songwriter Grimes, released on January 31, 2012. Her first since signing with 4AD, the album was recorded entirely on Apple's GarageBand software in Grimes' apartment over a three-week period. It was mixed by Grimes and her manager Sebastian Cowan at their La Brique Studio Space. Visions was streamed on the NPR website a week before it was released in the United States.

In November 2012, with the announcement that Visions was named album of the year by record shops Rough Trade and Resident, two exclusive bonus discs were made available with any purchase of the album in each shop, featuring remixes and rare tracks. More: en.wikipedia.org. 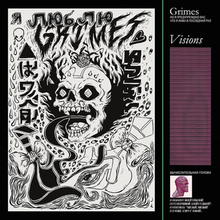