Final Fantasy VIII (ファイナルファンタジーVIII Fainaru Fantajī Eito) is a 1999 role-playing video game developed and published by Square (now Square Enix). It is the eighth major installment in the Final Fantasy video game series. The game was the series' second 3D installment and the first to consistently use realistically proportioned characters, and introduced a new magic system to the Final Fantasy franchise which removed magic point-based spell-casting. Set on an unnamed fantasy world with science fiction elements, the game follows the story of a group of young mercenaries, led by Squall Leonhart, who are part of an organization named SeeD. Initially traveling to different countries to stop the sorceress Edea, their goal changes to stop a sorceress from the future named Ultimecia from compressing time.

The development of Final Fantasy VIII began in 1997, during the English localization process of Final Fantasy VII. It was produced by Shinji Hashimoto, and directed by Yoshinori Kitase. The music was scored by regular series composer Nobuo Uematsu, and in a series first a vocal piece was written as the game's theme, "Eyes on Me", performed by Faye Wong. The game was a commercial success; thirteen weeks after its release, Final Fantasy VIII had earned more than US$50 million in sales, making it the fastest-selling Final Fantasy title of all time until Final Fantasy XIII, a multi-platform release. The game shipped 8.15 million copies worldwide by March 31, 2003. Originally for the PlayStation, it was later ported to Windows-based personal computers and became available on PlayStation Network as a PSone Classics title in 2009. More: en.wikipedia.org. 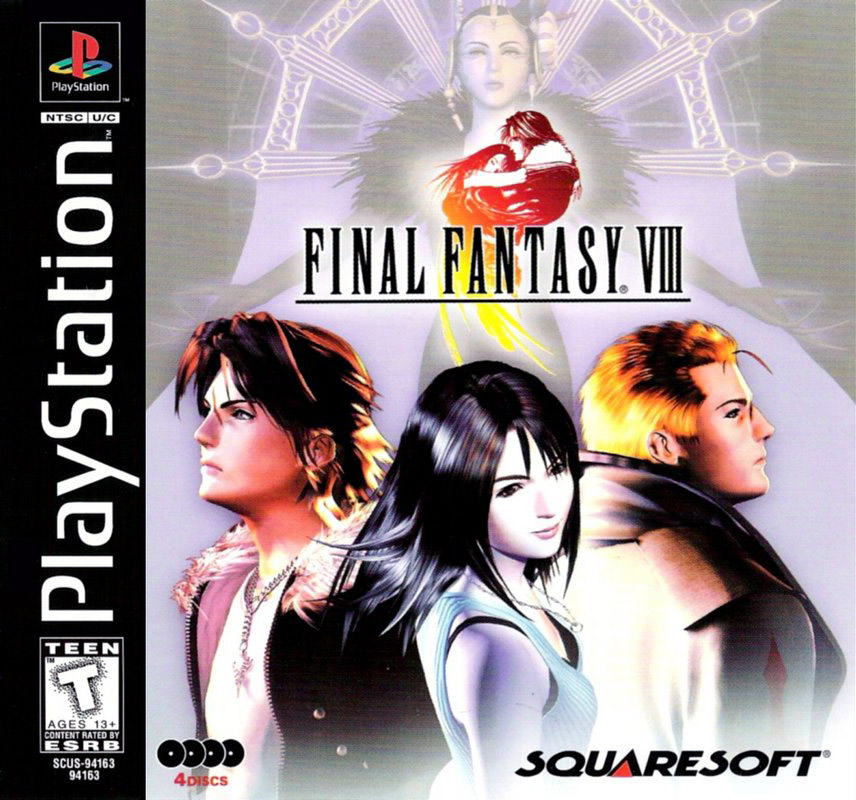