Jackman has won international recognition for his roles in major films, notably as superhero, period, and romance characters. He is perhaps best known for his long-running role as Wolverine in the X-Men film series, as well as for his lead roles in the romantic-comedy fantasy Kate & Leopold (2001), the action-horror film Van Helsing (2004), the magic-themed drama The Prestige (2006), the epic historical romantic drama Australia (2008), the sci-fi sports drama Real Steel (2011), the film version of Les Misérables (2012), and the thriller Prisoners (2013). His work in Les Misérables earned him his first Academy Award nomination for Best Actor and his first Golden Globe Award for Best Actor – Motion Picture Musical or Comedy in 2013. In theater, he won a Tony Award for his role in The Boy from Oz. More: en.wikipedia.org. 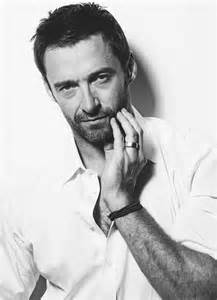