The game was officially announced by Deep Silver on August 18, 2010, during a press conference at the GamesCom exhibition of Cologne. The official site was opened on February 19, 2011. The game was released for Microsoft Windows in Europe and the United States at the end of April 2012 and for Xbox 360 and PlayStation 3 platforms in the late summer of 2012. The PC version is directly developed by Piranha Bytes. The French firm Wizarbox is in charge of the console versions for both the Xbox 360 and the PlayStation 3. Risen 2: Dark Waters is the first Risen game to be made for the PlayStation 3. More: en.wikipedia.org. 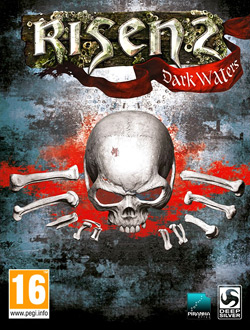