André the Giant, rating as a comedy actor

André René Roussimoff (May 19, 1946 – January 27, 1993), best known as André the Giant, was a French professional wrestler and actor. He most famously feuded with Hulk Hogan, culminating at WrestleMania III, and his best-remembered film role was that of Fezzik, the giant in The Princess Bride. His size was a result of gigantism caused by excess growth hormone, which later resulted in acromegaly. It also led to him being called "The Eighth Wonder of the World". 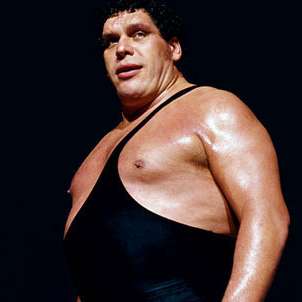