George Herbert Walker Bush (born June 12, 1924) is a retired American politician who served as the 41st President of the United States from 1989 to 1993, and the 43rd Vice President of the United States (1981–1989). A Republican, he previously served as a congressman, an ambassador, and Director of Central Intelligence. He is the oldest living former President and Vice President. He is also the last living former President who is a veteran of World War II. Bush is often referred to as "George H. W. Bush", "Bush 41", "Bush the Elder", or "George Bush Sr." to distinguish him from his son, former President George W. Bush. Prior to his son's presidency, he was known simply as George Bush or President Bush. More: en.wikipedia.org. 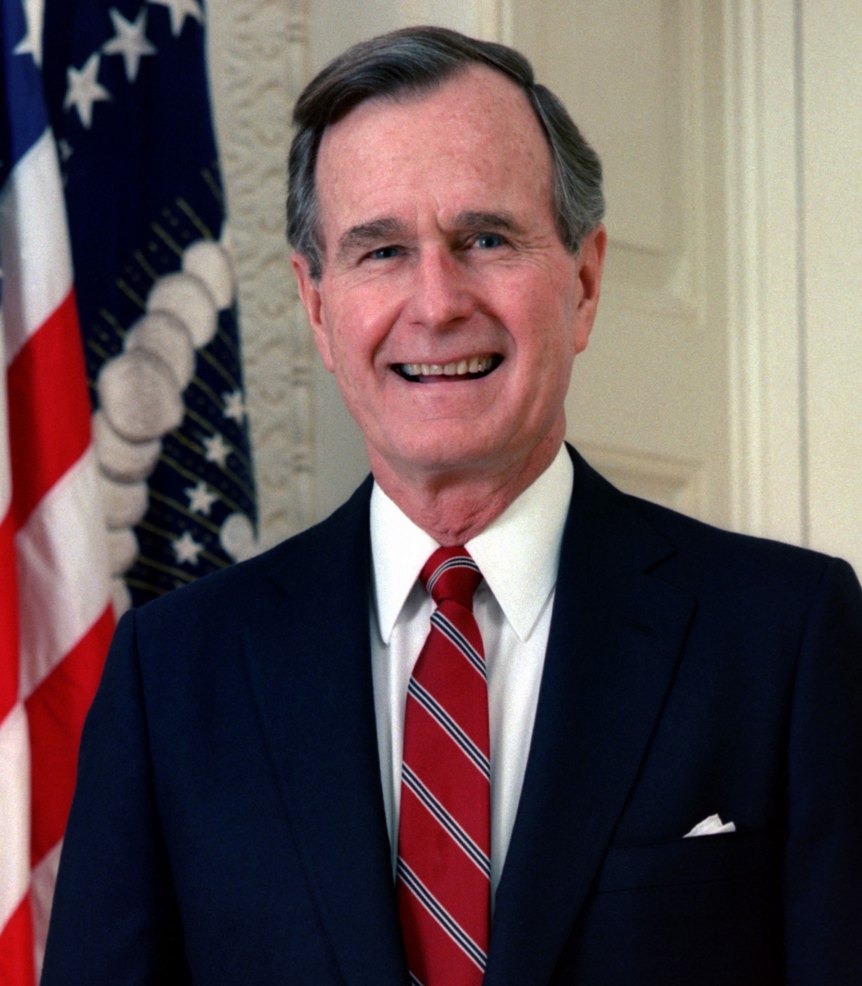 See the discussion.
1 opinion, 1 talk
See also:
47
Who was the greatest U.S. president since the 20th century?

Vladimir Putin
20
Has Barack Obama been an advantage or disadvantage for the Democratic Party?