My Fight/Your Fight, rating as a biography book

My Fight/Your Fight is a biography book of Ronda Rousey.

In this revealing memoir, undefeated UFC champion and Hollywood star Ronda Rousey charts her difficult path to glory, revealing her tragic childhood and her father’s suicide, her meteoric rise to fame, the secret behind her undefeated UFC record, and what it takes to become the toughest woman on Earth.

It was over in a blur. It took 16 seconds. Ronda Rousey, the Olympic medalist and reigning UFC Women's Bantamweight Champion, retained her mixed martial arts title in a brief flurry of fists, knees, and chokeholds. Rousey now is the most sought after and recognizable female athlete in the world: the former judo Olympic champion turned star ultimate fighter, seen stripped down on the cover of ESPN magazine, profiled by the highbrows at the New Yorker, and fast becoming a ubiquitous presence in Hollywood. When she isn’t beating her opponents into submission she is starring in big-budget movies like Entourage, The Expendables 3, Fast & Furious 7, and three upcoming major action films from Warner Bros. In this inspiring and entertaining memoir, Rousey charts her difficult path to glory, exposing her tragic childhood, settling numerous scores, and sharing the habits that create champions, including her extreme diet regimen during fight week, her grueling and unexpected workouts, and the shocking mind games she plays before knocking out every opponent she’s ever faced. 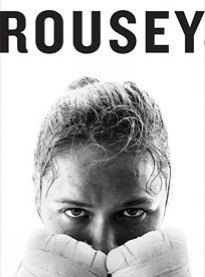 Winter Is Coming
12
Book or film?

The Book of Lost Tales