Baldur's Gate II: Shadows of Amn is a computer role-playing game developed by BioWare and published by Black Isle Studios. It is the sequel to Baldur's Gate (1998), and was released for Microsoft Windows in September 2000. Like Baldur's Gate, the game is set in the Forgotten Realms campaign setting and is based on the Advanced Dungeons & Dragons 2nd edition rule set. The game uses BioWare's Infinity Engine, which was used in Baldur's Gate and other Black Isle games, including Planescape: Torment and the Icewind Dale series. 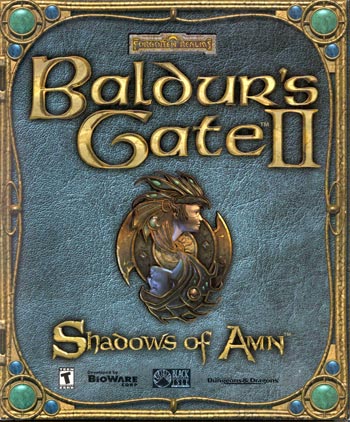 Post your opinion.
See also:
82
Do you prefer 2D or 3D graphics for video RPGs?
17
Baldur's Gate or Pillars of Eternity - which game did you enjoy more?

Who are your favorite NPCs in Baldur's Gate II?