Black Lives Matter, by and large, has been a peaceful movement that has raised serious issues that just weren't being acknowledged prior to their work.

The black community has dealt with a toxic and moronic war on drugs, the devastation to black communities as a result of neo-liberal investor's rights globalization, and too many police departments having a siege mentality for decades.

None of it broke into the mainstream or got conservative networks like FOX to even talk about the issue until #BlackLivesMatter.

Even if the only legacy of the movement is that a discussion about the proper role of the police enters the mainstream and remains there, that will be a colossal victory, and one that anyone that is part of that movement can be proud of.

But, of course, there is no reason to believe that #BlackLivesMatter won't accomplish major objectives beyond that already-titanic success. We've already been moving toward legalization of marijuana and a scaling back of the war on drugs, and #BLM arrived at just the right time to push that forward even further. And many police departments are stepping up and recognizing that they need to do something about bias in policing. While Michelle Alexander's recent AlterNet analysis is an appropriate bit of perspective, I disagree strongly with her that we won't see huge improvements if law enforcement at a national level takes the challenge of community policing, bias training, sensitivity to the diverse communities they serve, and a real ethos of community improvement to heart. While it's true that such institutional measures can only go so far, such institutional measures also themselves push forward the deeper structural and cultural changes that need to happen.

There are a few arguments made against Black Lives Matter that need to be addressed, because they are themselves monstrous obstacles to progress and reconciliation.

The notion that Black Lives Matter has to say that every life matters is just imbecilic. It's a trite statement that no one disagrees with conceptually. There's simply no need to say that white lives matter, because there is no institutional threat to white lives as white lives. But there is such a threat to people of color, and almost every major social institution, from the media to the criminal justice system, routinely reiterates the notion that black lives in fact are problems to be contained or controlled.

A lack of specificity is the goblin of trite minds and of those who want to cheat you. "All lives matter" is a non-threatening slogan that suggests precisely no course of action. Worse, as Kris Straub points out humorously here, it's actually misleading and counter-productive to talk about everyone's problems as if they are all of equal magnitude at all times. We deal with specific problems at specific moments. The reason why all too many people say that #AllLivesMatter is because the status quo is generally fine for them, so dealing with the specific problems that produce the issues BLM is protesting is costly. That's fine: We're all stakeholders and we all have legitimate concerns about the consequences and direction of social change. But the notion of #AllLivesMatter is a disingenuous way to shut down conversation instead of starting it.

Even the fact that "All Lives Matter" emerged as a counter to #BlackLivesMatter is, when one thinks about it, so grotesque that it'd be hysterical if the consequences weren't so real. As Arthur Chu's fantastic tweet points out, "Do you crash strangers' funerals shouting I TOO HAVE FELT LOSS"? It's a funny notion to imagine someone doing that precisely because it's so absurd, cruel and stupid. A person doing that would have a psychopathic sense of entitlement and a deep, unabiding narcissism. Yet collectively, all too many people of all stripes feel that it's appropriate to respond to people expressing grief, heartache, rage and, yes, hope for improvement with the idea, "Well, we all have problems".

And those who offer this tripe are usually being colossal hypocrites as well. Imagine how the right wing would scream if those of us who want to regulate guns responded to gun rights advocates by saying, "Hey, it could be worse, you could live in North Korea" or "Hey, buddy, all rights matter".

Some have said that they'd rather have the statement be "Black Lives Matter Too". While I'm sympathetic, once again it's easy to see why it's such a toxic suggestion. No one should have to append "too" to a statement that they matter. Rhetorically, the notion that people have to say "black lives matter too" is a statement indicating, "White folks, and cops, matter by definition, first and foremost. You have to append your mattering afterwards. You do matter, sure, but you're the last people we mention. You're an afterthought". The fact that it is so difficult for so many people to just say, without any proviso, that black lives do in fact matter is precisely why BLM chose that slogan.

Similarly, the black-on-black crime argument isn't just an evasion, it's actually a colossal act of racism in and of itself.

Again: Imagine if this were used against any common conservative bugaboo. Imagine if the liberal response to the "War on Christmas" allegations weren't, "You have no special right to have your holiday dominate public spaces" but was instead "Hey, guys, as long as Christians are bombing people and torturing captives, you should expect that you get shut out of public spaces". Imagine if anyone complaining about affirmative action costing them their job was told, "You know, as long as white collar crime is disproportionately white, you should be glad you have a job".

It'd be monstrous to say those things. It's monstrous here.

A whole community cannot be judged by their criminals. The fact that some black individuals are guilty of crime is in fact no justification for naked black teenagers to be shot. There is no collective racial responsibility unless one is in fact not just a racist but the kind of venal racist that assumes that there's some kind of mystic connection between people who share some genes. Bringing up black-on-black crime in response to complaints of police brutality to the face of grieving mothers and tormented communities tells them, "Until you fix every problem in your neighborhood, I won't even listen to you".

Of course, the argument is stupid on many more levels, but just the colossal racism involved in asserting that argument alone should give any reasonable person pause. In reality, police brutality helps cause black-on-black crime. Criminals in minority communities are more able to get away with violence because their victims are much less likely to trust the police or want to cooperate with them. Moreover, when justice is arbitrary and random, actual criminals are able to plausibly claim that they're just being set up or facing the same injustices that other people have. An "us-versus-them" dynamic is why gangs tend to emerge. Organized crime overwhelmingly tends to come about when people can't rely on the ostensibly legitimate authorities to protect their turf, honor and respect them, and give them real opportunities. Organized crime acts as a de facto militia, government and underground economy all in one, as destructive as it is. Again, one only need to watch The Wire to see how poor police behavior helps push communities away into the kind of isolation, fear and desperation that breeds crime.

And, of course, men like Al Sharpton, Jesse Jackson and Barack Obama have all harshly criticized gang violence and criminality in black communities and have made many major efforts to try to resolve them. I have not met a single person anywhere in BLM or in groups that sympathize with and ally with BLM who don't say loudly that black-on-black crime is a serious problem.

oh, and another niggling little point: We don't pay the salaries of gang members. There's no collective social responsibility for the actions of criminals. There is for anyone who we employ as our civil servants. The fact that this tiny distinction has to be repeatedly pointed out shows just how deep the well of denial of racial animosity goes in this country.

But, of course, black-on-black crime is supposed to be something that the black community fixes. The very same people who claim that we're all in this together as Americans then want to cut their fellow Americans out to dry and not help. The causes of crime everywhere are complex, but we have decades of sociology about those causes, and poverty and community structure are the leading suspects. Crime isn't a black, white, Hispanic or Asian issue: it's an American issue. Resolving long-standing issues like failing infrastructure, poor employment prospects, a low minimum wage, segregated and failing schools, etc. is part of the picture of solving crime.

The black community and the white community aren't monoliths. There are specific neighborhoods, specific people and specific groups. Yes, we are all in this together, and yes, there are shared responsibilities that we all have. I've talked extensively about how white communities need to take some responsibility for the poison of racism. A huge part of that is that "With great power comes great responsibility", of course, but ultimately what is good for the goose is good for the gander.

But no movement toward justice should ever be forestalled because of another tangentially related problem. That's not how responsibility works.

Let's conclude by thinking again about Rodney King. Did the man lead police on a drunken car chase? Yes. That was a colossal mistake and a serious crime, and he deserved to be brought to justice and punished to the fullest extent of the law. But he didn't deserve to be beaten by hotheads. We don't want police officers cracking the skulls of unarmed men like, say, Henry Davis, a man in Ferguson who got put into jail because of a confusion about his identity.

In a democracy, we should never be afraid of our police. We are paying their paychecks. We should expect that they can execute justice calmly, compassionately and intelligently. If they can't, they don't deserve their job. If police are to (reasonably) expect that their sacrifices are honored, then they have to earn our respect with exemplary behavior. If the job matters, it has to be done right. 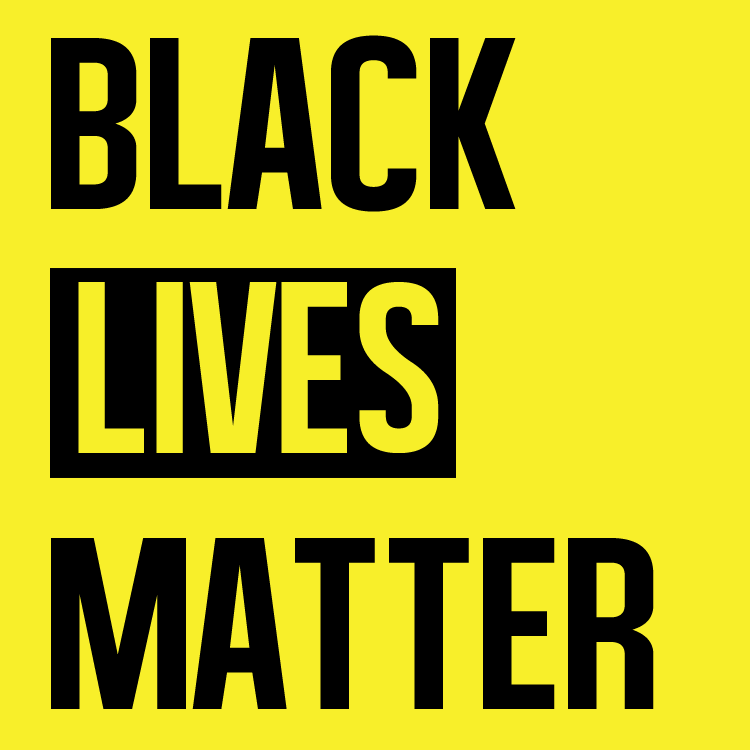 Was it disrespectful to democracy and people who voted for Donald Trump to protest right after the election?
3
Is boycotting Donald Trump's inauguration a disrespect to the sanctity of peaceful transition of power?
3
Is the 5 years of prison for false rape report a proper sentence?
3
Does religion have too much influence on political decisions in the U.S.?
3
Should mobile phones be allowed in schools?

Was Jorge Ramos removed from the Donald Trump's press conference rightfully?
3
If it is proven in a court of law, should Planned Parenthood be defunded by the federal government for illegally selling aborted fetuses' organs and tissue?
10
Should a man be obligated to pay child support if he doesn't want the child?
4
Is the Red Cross's exclusion of MSM blood donors justified?
Public or private school - which would you choose for your child?

Do you like the idea of unisex bathrooms in schools?
14
Do you support laws to prevent people with mental illness from purchasing guns?
52
Should gay marriage be legal?
7
Should homosexual people be allowed to adopt children?
2
Should there be restrictions on who is allowed to become parents?
12
Is restricting gun access a part of the solution to mass shooting incidents in the U.S.?
6
Should the United States make English the national language?
Do you identify with (the qualities of) your 'assigned' generational cohort?