Does the motto "In God We Trust" violate the First Amendment?

Given that it implies a christian god, I would say yes it does, but United States Court of Appeals for the Ninth Circuit ruled that the motto does not violate the First Amendment to the Constitution. The United States Supreme Court has not ruled on the issue. They (the ninth circuit) basically said god in the motto is generic and doesn't put one religion over another, never mind that the government shouldn't be involved in religion at all. 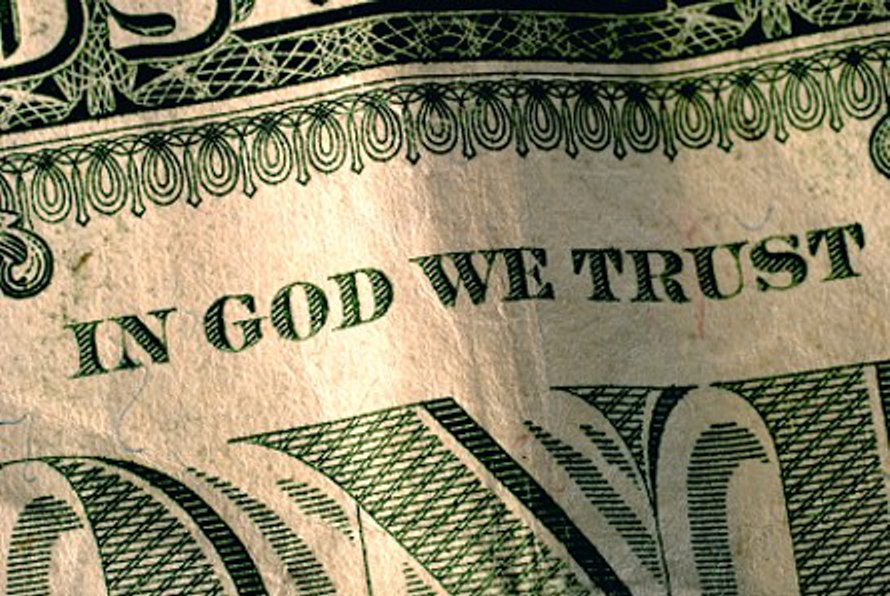 Should the Supreme Court have term limits?
25
Study: More guns equal more deaths
7
Should Putin's Russia be engaged or isolated by the West?
18
Hillary Clinton - approval rating
2
Should the National Football League (NFL) be a nonprofit?

Democratic Party
1
Do you like that Donald Trump is not talking bad about Vladimir Putin?
3
Do you approve of the UK and the US sending ground troops back into Iraq to fight ISIS?