I believe it would be Vader.

First of all, the facts.

It is said in Star Wars Episode I: The Phantom Menace that Anakin had a higher midi-chlorian number than Yoda. This means Anakin already has the upper hand, in terms of sheer potential, over Yoda.

Yoda did not go with Luke to fight Vader during The Empire Strikes Back. Why? Certainly because he knew he was too weak to fight Vader at that point. Yoda was extremely old and clearly could only lift things up and do other force-related tricks that did not involve physical prowess. At that point, Luke was weak too, but he was agile and young, two attributes Yoda had lost.

Another fact: Vader killed Palpatine, Yoda could not. Now I agree Palpatine's death was mostly due to a suprise attack ( some might even call it a cheap shot! ) - he wasn't expecting Vader to betray him at that moment. But still, Vader took him down. And although we don't know the extent of Palpatine's powers in Return of the Jedi, we know the "electric shocks" was perhaps the most dangerous attack a Sith could throw at his opponent. Luke couldn't dodge or absorb the lightning, now that's for sure. Vader took 100% of the electricity the Emperor had in him and still managed to lift him up and throw him down that well. I believe that if it would've been Luke instead of Vader, then Luke would've been unable to lift the emperor. Instead, he would've been thrown aside by the electricity, and the Emperor would've stood back up and killed both the father and son.

Yoda, during his duel with him, absorbed Palpatine's electric shocks. I assume it took a lot of concentration to do so, but then again this might be an indication that Yoda couldn't receive the shock attack directly, just like Luke, and unlike Vader. And remember The Emperor had a pretty tough battle with Mace Windu before facing Yoda, so he was clearly weakened when he had to fight Yoda! I don't think Yoda could've handled a 100% rested Emperor at that time.

Yoda probably mastered the force he could master like no other, but his potential, given the explicit midi-chlorian mention in Ep 1, was more limited than Vader's. It's possible Vader was diminished in terms of agility and speed when he began to wear his armor, but so was Yoda at that point.

Clearly, Yoda couldn't kill Vader in Return of the Jedi. He died of old age.

He couldn't kill him during Empire Strikes Back either. Otherwise he would've joined Luke.

We don't know how healthy he was during A New Hope, but we can assume Vader was way too powerful for him.

Only in Star Wars Episode III: Revenge of the Sith could we see Yoda killing a pre-armor Vader ( evil Anakin ), but then again, would Yoda be morally able to slay Anakin? I'm pretty sure he would have hesitated. I think that we would've had something similar to what happened to Mace Windu - a treachery of some sort, with the good guy, Yoda, dying. 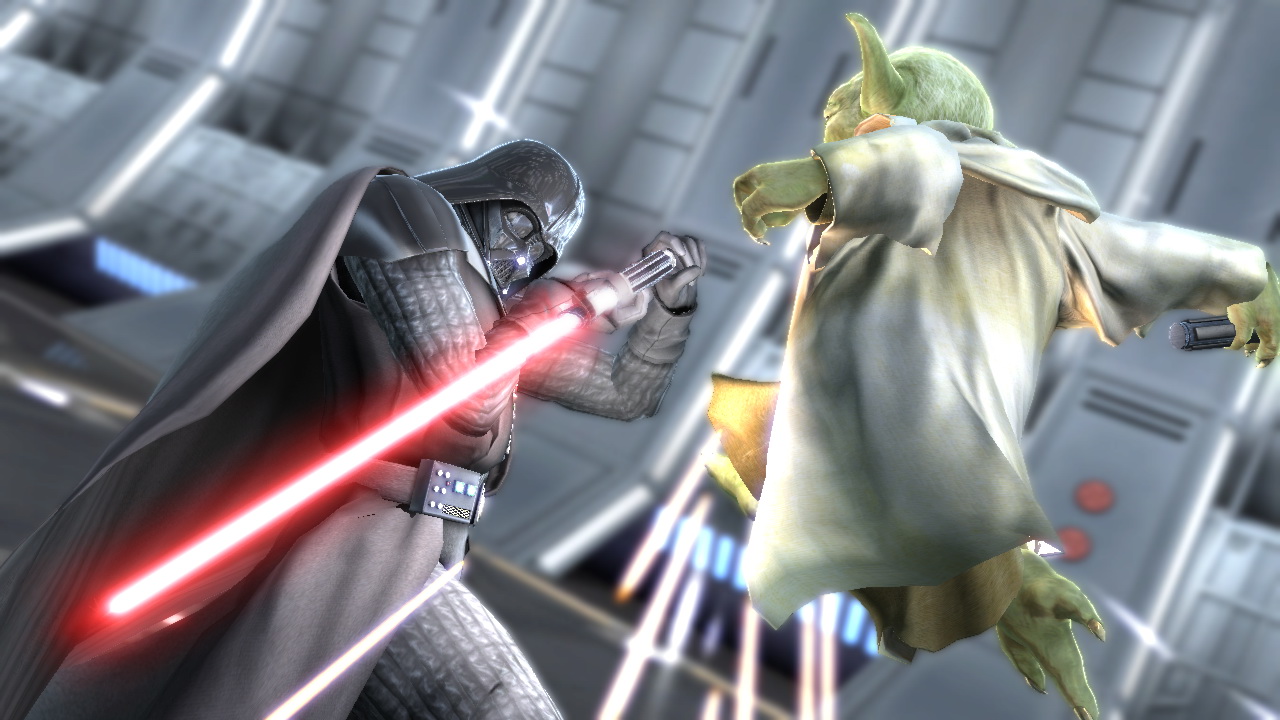