1.6 billion muslims in the world.... logistically it's just hilarious to think we can ban Muslims from our country. O yea, not to mention, it's morally awful. To think that a nation founded on rights to religious freedoms keeps out the second biggest religion in the world. I feel like this guy still thinks he is on a reality show. 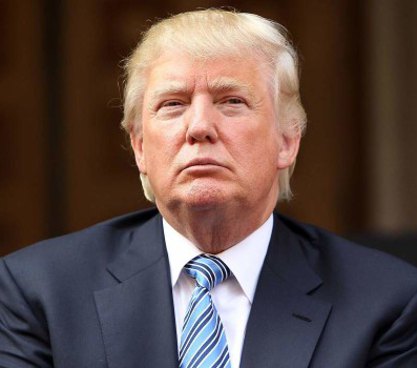 Donald Trump
Share opinion's discussion:
more »
See also:
Should Turkish immigrants be allowed entry in Germany/Austria?
H.R.213 - Fairness for High-Skilled Immigrants Act of 2015
Is one terror-like incident by a Muslim immigrant a sufficient argument for the extreme vetting of immigrants from certain countries?
H.R.158 - Visa Waiver Program Improvement and Terrorist Travel Prevention Act of 2015
21
Is Europe in serious trouble because of the millions of immigrants trying to reach European countries?
3
Did Angela Merkel make a mistake accepting too many refugees and immigrants?
2
H.R.3744 - Venezuelan Refugee Assistance Act
H.R.3011 - Kate's Law

Do you like the idea of building a greater wall at the U.S.–Mexico border to fight the illegal immigration?
13
Should children born in the U.S. to illegal immigrants be granted citizenship?
1
Should the U.S. suspend immigration for Iranians?

Was it justified to check Ahmed Mohamed's clock for a bomb?
44
Would you consider voting for a Muslim to be the president of your country?
4
Do you respect Christians?
26
H.Res.569 - Condemning violence, bigotry, and hateful rhetoric towards Muslims in the United States.
If a person living in a country with certain religious traditions doesn't want many people of certain religious beliefs in the same country, is it a bad attitude?
8
If you were a Muslim, would you be ashamed to belong to the same religion as Muslim terrorists?