Minecraft as a PC game

I call this game revolutionary, nothing less!

It brought two video game concepts together like very few ever did: user creation and online multiplayer.

Creation is nothing new, but only in the recent years have we been able to share with other people through internet. And most creation games limit themselves one way or another. Minecraft almost has no limits besides those of imagination.

Online multiplayer is still in its early years. We used to play games with friends on a split-screen or over a LAN network, but now we can play with people from all around the world. We meet all kinds of people. Of course, it comes with its disadvantages. Some people in Minecraft might not be cool persons. Be careful with strangers and don't leave them unsupervised for an extended period of time; they could destroy your creations or waste precious materials.

I nevertheless believe there are more ups than downs when it comes down to online multiplayer. In Minecraft, you never know who you'll meet and, most precisely, what other people have created. One of the most interesting things about Minecraft is playing in a stranger's world and discovering the person's creations.

Minecraft loses a lot of its appeal if you intend on playing it only in single player.

Minecraft initially is a survival game. You have to eat, collect ressources and fight to survive. Eventually, once you get the hang of it, you end up creating all sorts of buildings and items. There's always something to do and it's up to you to choose what comes next. It's highly addicting.

Of course, the game is called Minecraft, so mining is an important element of the game. But some people barely use a pickaxe. It all depends on what you like to do. You can be a farmer and grow crops, you can chop wood and hunt wild animals. You can equip an armor, a sword and travel in computer-generated dungeons.

All the enemies found in Minecraft have their little something that makes them unique. It's not much of a challenge to fight them once you get to know how they attack, but some, like the creeper who is dangerous when you don't see it coming, offer a pretty good challenge, even for experienced gamers. There's definitely a little survival-horror feeling to this game whenever you are in the dark and you run out of torches!

The other side of Minecraft, besides survival, involves pure creation. You can enable a mode that'll give you all the tools to build whatever you want. Whenever you see screen captures of gigantic constructions in this game, it's usually made within this mode. It's like painting a 3D virtual world. Very fun. But once again, be careful with who you build stuff with. I once saw a kid destroy a boat that took an entire afternoon to build. But I think he only represents a minority. If you get good partners, however, it's very stimulating to make plans and build epic buildings. You might end up building entire cities without even noticing it!

Another, more recent addition, is the adventure mode. It brings a more linear approach. The name says it all: it usually comes in the form of a quest that you or other people can create. Then, you can play them. It's similar to games like the Elder Scrolls series on some aspects.

People in the PC community have come up with numerous modifications. You'll never see the end of it! I highly recommend the PC version for this reason.

Sometimes I'd like to have more sound effects. It's the only bad thing I can think of when it comes down to Minecraft, really. The music is pretty good. There are some great ambient tunes.

Some people complain about the graphics, but I really enjoy the retro look Minecraft offers. It's a great tribute to the games of the late 90's.

The game changed a lot throughout the years. It's still updated once in a while and usually brings new content. That's another fun thing about Minecraft. I think I can count on my hands the number of games that actually give DLC at no additional cost. But of course, Minecraft being the most profitable video game in history so far, it's understandable that the developers can afford doing it, unlike smaller companies with a limited budget. 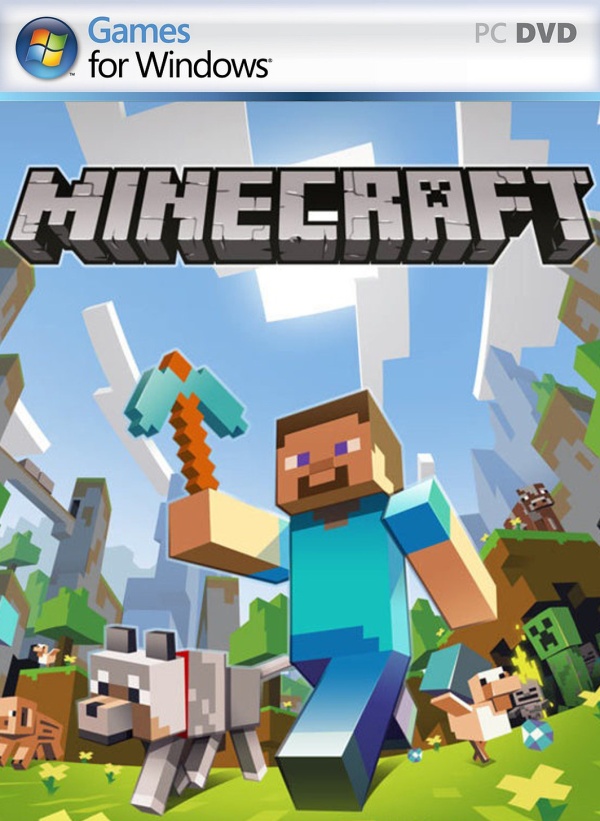