Into the Wide as a music album

The band's biggest weakness is their inability to find their own sound. It's something I've noticed with their past albums despite some really good compositions and lyrics - their lyrics are really good, in case you pay attention to them.

Whenever you hear Delta Spirit, and this album makes no exception, you will almost always have this feeling of déja-heard. It's unfortunate. They still haven't been able to break the creation box, which they should emerge from in order to make something unique. Right now, they are stuck with the influence of some very good artists, and they can't keep themselves from paying tribute to them. It's very hard for artists to escape from those they listened to as they learned to appreciate music. Whether you do it intentionally or not, you inevitably show your respect to those who made you who you are. It's part of a process for most musicians and artists in general. What differenciates the normal ordinary artists from the great (and usually famous) ones, is how they can take their respect out of their mind as they create and hide it somewhere else in order to make something truly original.

Radiohead regularly comes to mind during listening sessions of Into the Wide. Bruce Springsteen ( and other heartland rock legends ) too. Edit: I forgot to add the Beatles as well. Sometimes you can almost hear John Lennon! In other songs, to a lesser degree, Travis and Supertramp can be heard at the distance. There's definitely an English vibe. Nostalgia and melancholy are almost omnipresent.

The album, and this could be heard on their previous work, is noisy. I don't believe the band's musicians are extremely talented, and despite the fact that I will admit they're doing the best with what they can offer; I also have to say that I think they try to cover up their simple compositions and repetitive chords with echoes and distortions. This is not just a Delta Spirit thing - it's been done time and time again by others as well. I'd prefer if the band was more honest and had a clearer sound. Perhaps would it also give them the chance and the challenge to find their own sound. But maybe they are afraid of doing it. And being confronted by who they would turn out to be. Uncertainty is scary, true, but it's also what a true artist should look for.

With this album, Delta Spirit is playing with stability, something that, in art, usually brings redundancy.

Despite the lack of originality, the album nevertheless offers some very heartfelt compositions. Delta Spirit's strength comes its soul. There has to be something original with that band. I'm sure of it. They have to find their own selves if they want to take things a step further. The spirit has to find its own body. 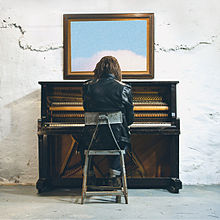