There is no doubt that Ronda Rousey is great. She is a very impressive fighter. I would argue that Annie Wolfe and Gabby Garcia have been as dominant in their respective discipline. I would also argue that Jon Jones, Jose Aldo, Anderson Silva, GSP, and countless other boxers would rank above her on the greatest fighter scale. As of this point, I wouldn't even put her in the conversation. 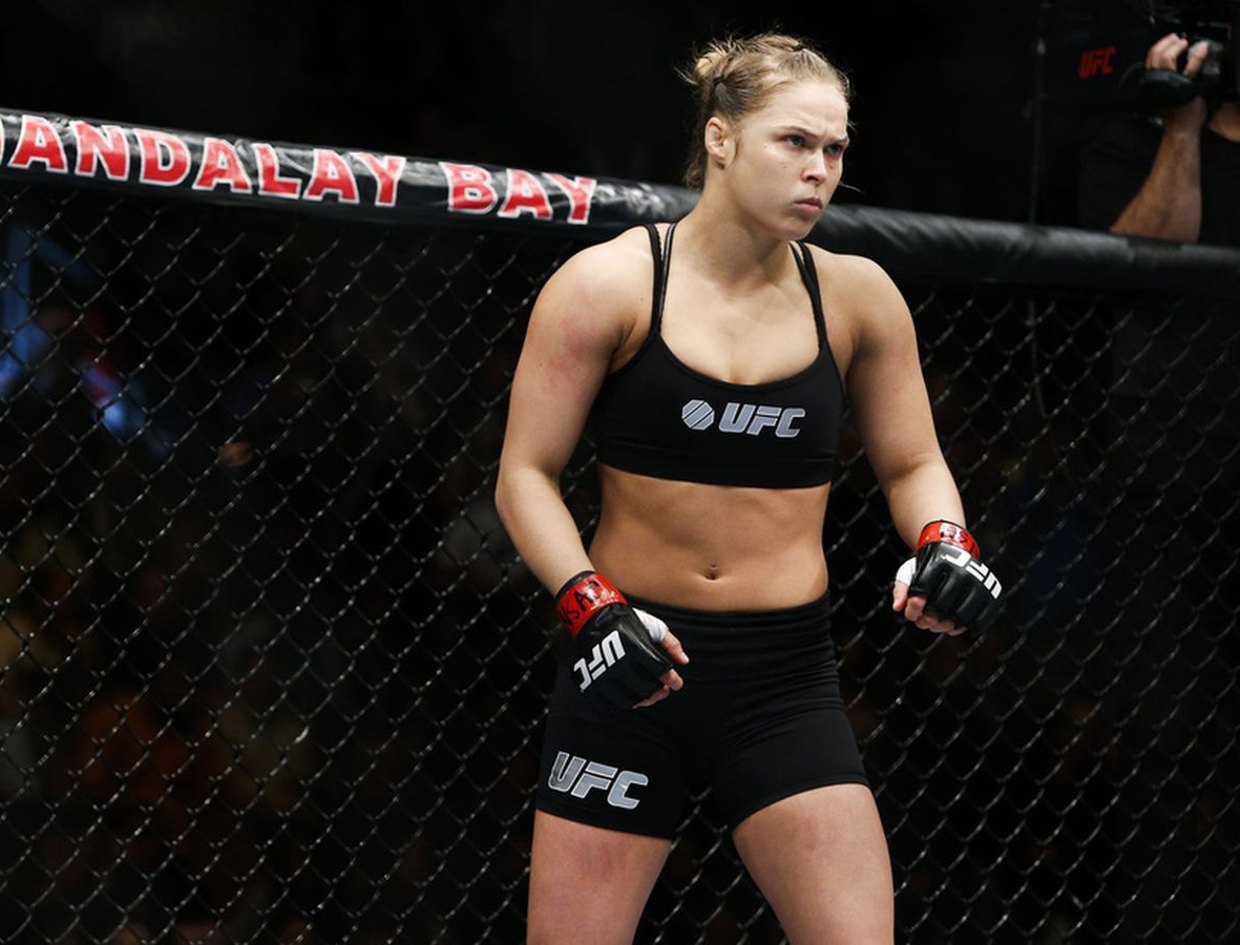 Ronda Rousey
2
Are MMA fights too brutal to you?
Would you like to see Tyson Fury vs. Cain Velasquez fight?

Do you like the UFC and Reebok deal?
3
Should transgender fighters be allowed to compete in women divisions?

Who would you like Conor McGregor to fight next?
Who will win Aldo vs. McGregor fight?

Should oblique kicks be allowed in MMA?

MMA rules: Should it be allowed to grab the fence?