We are talking about the world not the US, Canada, UK and other western countries. There are parts of the world where women can't vote, drive, restrictions on how they dress, whether they can be seen in public with a man they are not related too, etc. So as a whole it easier being a man than a woman in today's world.

I see the question has been edited to restrict it to the western world.I don't like to delete posts or edit them without letting the reader know.

Now it's a much harder question, but men on the whole have it a little easier than women. Men don't get pregnant, and while it's sad to say there are many business that don't like to hire women of child bearing years, because of just that, but across all professions, women’s careers take a nose dive the moment they reproduce. Women on the average miss more work than men because of childcare, which is generally handled by women. Add to that the health checks, vaccinations, nursery registrations, interviewing nannies or childminders, which is generally left up to the woman. While women do have advantages in certain jobs, they are still held back in others. In some cases it a strength issue, some cases it because they can't easily travel in parts of the world where women are heavily restricted. They also can't serve in combat, etc. And while they do have advantages that men don't have, especially on the social networks, (in my experience women are much better at networking with other people than men) when you look at it in total men still have an edge over women. Part of that is the way we look at women, after all "they can fall back on their man" is an attitude that a lot of people still have. Also if someone career has to give way it's generally the women career that suffers. So all in all men have it a little easier in my opinion.

I think this is a good review. In my view, the causes of female disadvantage are rarely overt, vicious misogyny. Instead, it's a combination of subconscious biases, the inertia of institutions just being used to that being the way things done (e.g. the mommy track makes sense if we expect that women will be taking disproportionate care of the child, but that is not the norm we socially want anymore even if we want to certainly allow some to make that choice), and other gender-blind factors are to blame.

My favorite example is a rushed human resources officer. She's combing through 200 applications. She's trying to find excuses to narrow down to the top 20. Research has found that she's going to, on average, reject more of the female and black names. This was actually one of the major advantages of affirmative action schemes: Knowing that she actually had to try to FIND female or black names, she'd be consistently pleasantly surprised at the good candidates she could draw.

You seem to forget that work and economic status are not the only part of life. There's much more than that. What about life expectations? Man must be successful. Whether in work, family or bed. Women are free to choose if they want to be successful. While man must work like a dog, woman can just enjoy life. Why do you think suicide is much more frequent in men?

The question is do women or men have it easier in today's Western world? You state women are fee to choose if they want to be successful, (something I disagree with) but ignore the barriers that they have to overcome to become successful. It wasn't that long ago when then most people felt (women included) that when a women went to college she was only going to get her Mrs. degree (to find a husband). And while more girls are getting into more advance placement programs in high school, that support tends to drop off in college. While boys not only get into advance placement class easier they generally have more support once they are in college. I'm also betting you've never had to take care of children, a house, and everything else that goes with it.

Why do I think suicide is much more frequent in men? You do know that women lead men two to one in suicide attempts, men are better at picking methods that will ensure death. It has more to do with how we try and kill ourselves. Men are just better at it.

women lead men two to one in suicide attempts - could you update your post to add a source (use the src button) for this information? Thanks.

"There are roughly 30,000 suicides in the United States each year, and three-fourths of those are men. But the number of attempted suicides is at least 10 times that, and even that estimate may be low because many suicide attempts are euphemistically classified as lacerations or accidental poisonings when patients receive treatment in hospital emergency rooms.

Although suicide rates are lower among women, women lead men two to one in suicide attempts. So, Murphy says at least 200,000 women are involved in suicide attempts annually. But he points out that attempted suicide most often is not an attempt to actually end one's life. Its purpose, he says, is to survive with changed circumstances." [source]

You cut out the key fact:

"An attempted suicide is not really an attempt at suicide in about 95 percent of cases. It is a different phenomenon. It's most often an effort to bring someone's attention, dramatically, to a problem that the individual feels needs to be solved. Suicide contains a solution in itself," he says.

That's what I thought when I read your part. Women lead men in attention-bringing acts, which doesn't speak good about women in general. It speaks that women are less sensitive because they don't care about playing fair and not hurting feelings of people around.

Considering the study that you posted, men still lead women about 5 to 1 in true suicide attemps. This brings back my original question. Why do you think suicide is much more frequent in men?

You assert that 95% of cases are attention-getting efforts, yet you then assume that because men are successful at lethal suicide they are not trying to get attention, despite the fact that your statistic indicates the exact opposite. That is special pleading. In fact, men who attempt suicide, like Kevin Hines, and survive, routinely report that as they did the act they also did not want to die and realized they just wanted help. You aren't just being misogynistic with casual ease: You are also being misandrist by implying that men who kill themselves are somehow being more rational. It's like saying that men don't ask for directions: It implies men are incapable of getting help. It is a stereotype, and it is galling to see how many people who believe they are standing up for men who are doing the opposite.

Worse, it is irrelevant. The higher rate of male suicide is an example of "Patriarchy hurts men too": Men are viewed as less likely to need help, and are pressured more by masculinity. They also end up having their masculinity threatened more by failure to provide economically, which means that the recent economy has been harder on men... but that is an outcome of the second shift and the idea that women should not be breadwinners, which in turn is misogynistic and keeps women from having equal power.

But you can't view a cost without the appropriate benefits, which is how every person who tries to minimize the reality of gender discrimination against women does so (dishonestly and inconsistently). For those men who do comply with patriarchal mandates and endure, that 23 cent advantage (which, yes, is all about sexism, no matter how one might want to dishonestly "control" for variables which are also about sexism) is a pretty nice compensation.

I should also point out that it is male policy priorities in a patriarchal system that prevent us from doing things like funding mental health. Even when men are being harmed, it is overwhelmingly by other men.

Finally, it is the height of false equivalences to compare something that will never happen to many men to something that affects all women. Numerous studies confirm that more than 1 in 10 women will be assaulted in their lifetimes: RAINN is hardly a radical outlet, false claims to the contrary, and their statistic indicates 1 in 6 women will be assaulted. The statistics for male sexual assault are nowhere near that. Rape alone, and the failure of police to deal with it, sinks this argument. Because when a man decided to kill himself he picks a methods that are much more likely to lead to death. While women tend to pick methods that can be more easily reversed. It can be said that all suicides are nothing more that a call for help, but if you happen to pick a method that is very lethal then you die.

Having read several interviews of men (it was a long time ago so I don't have the link anymore) who tried to tried to kill themselves, they all said basically the same thing, as soon as they tried they realized it was a mistake. They were lucky enough to be found before they died. I personally think what you're really seeing is that men tend to use methods that are very effective in killing, ie guns, while women use less effective means ie pills. 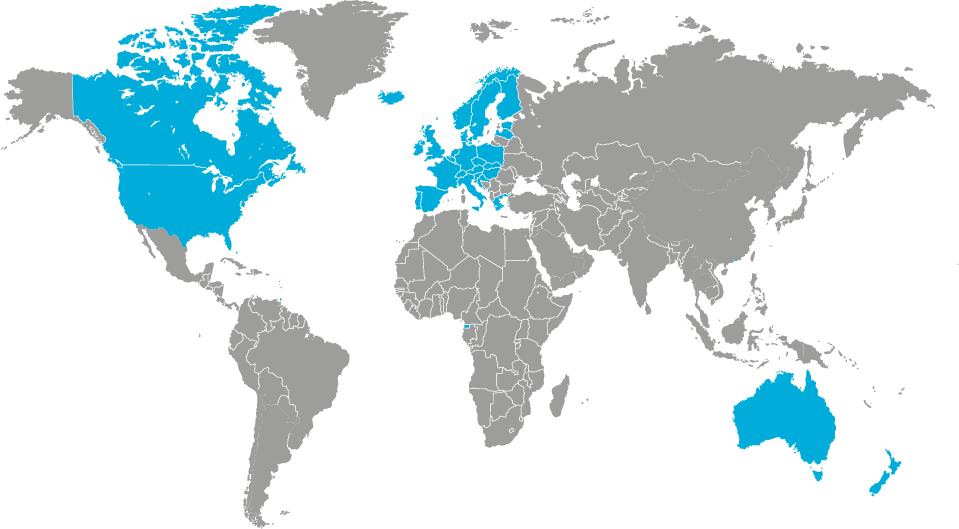 New Zealand
Share opinion's discussion:
more »
---
See also:
5
Should employers be allowed by law to add a gender preference searching for an employee for any job?
8
Will women ever be as good as men at mind sports?
5
Are women equally good as men in politics?
3
Do you prefer movies in which leading role is played by a man or woman?
14
What is your attitude towards feminism?

Australia
1
Do you think that minorities are "oppressed" in Western liberal democracies?

New Zealand
2
Are modern Feminists the High point of Equality?