This one was pretty good. When you held it in your hands, you felt like you held something valuable and reliable. It didn't look as comfy as it actually was! It was a strong, yet gentle handheld. The surface was smooth, the buttons were responding really well.

I think Sega mishandled this one really badly from start to finish. It had a lot of potential. It was a powerful handheld. There were some great games on the Game Gear. But it was released just a little too late and wasn't pushed as much as the home consoles.

The quality of the image and sound coming from this handheld was superior to anything at the time.

The problem was that because of this, it devoured batteries really quickly, so you had to use your adapter most of the time to prevent that. It was a major issue because, after all, once it's connected, it pretty much loses the "portable" attribute that makes handhelds fun. Most of the time, playing a Game Gear was like playing a weaker console that you'd hold in your hands since you were almost forced to play it at home and couldn't bring it outside for too long.

It had multiple accessories. You could buy all sorts of things to use with your Game Gear. You could even watch TV on it with the TV tuner. The best accessory was a cable that would let you play multiplayer with a friend - that was before wi-fi, kids!

It was a very tough one too. I dropped it on many occasions, but it took the blows really well. I found it in my basement a few years ago. The screen was a little darker than before, but I could still play the games just like when I was younger. I kinda regret selling it to my local used games store. 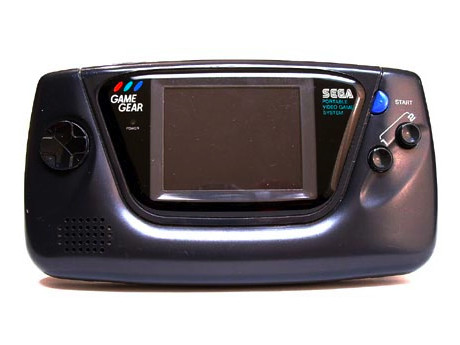