Van Halen as a music band

I think it was music critic Robert Christgau who once said that before Van Halen, the rock bands were like airplanes. Sure, they made you fly, but not fast enough. When Van Halen arrived in the music world, they were like the first ever jet aircraft.

They were louder, faster, more energetic than many rock bands at the time. And their attitude was contagious. People were getting tired of the countless bands who were against this or that, or bands that kept trying to dig into the human mind with profound lyrics. Van Halen was about partying, hanging out and making out. They brought the fun back in rock; the fun teens have when they play together in their garage; the fun that came whenever you heard the Beach Boys or the Beatles in their early days.

But Van Halen were much better than a band of young teens playing in daddy's garage. The band was full of talent, the highest skilled musician being Eddie Van Halen, whom I consider to be one of the greatest guitarists to ever hold an electric guitar.

Eddie's way of playing brought rock music to a level even Jimi Hendrix probably would have never thought to exist.

And he wasn't alone in the effort. David Lee Roth was ( and still is ) an electrifying performer. Jumping around, screaming like an eagle, he was the definition of what a rock star is supposed to be.

This band influenced so many other groups, it goes beyond what even I can imagine. They pretty much dictated where rock music was heading for a decade. 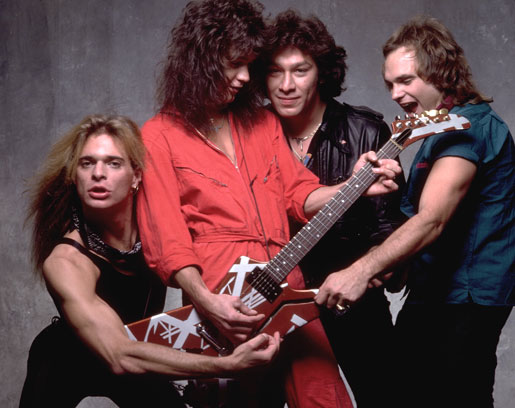