Is Europe in serious trouble because of the millions of immigrants trying to reach European countries?

In light of recent events (namely the bombings and shooting of civilians in Paris), I understand that my opinion on this subject is being called into question (hence the downvote I suppose, which is a rather easy judgment after the event). When I wrote it, I was mostly thinking in terms of economy, shelter, longterm housing and other basic human rights, that I feel anyone should be entitled to - especially when fleeing from a warzone, where it's easier to attain weaponry than where I am from.

So: Is Europe in serious trouble because of the millions of immigrants trying to reach European countries?

No, although that is what everyone is inclined to think. The percentage of immigrants/asylum-seekers isn't relatively as high as you might imagine: the total influx of asylum-seekers (according to Frontex) admitted to the EU is 340.000 (possibly the number of migrant maritime arrivals as of September 2015; another estimated total of migrants admitted to the EU as of Octobre 2015 is 700.000, which might include 'regular' migrants and/or people who want to be reunited with their family who are already residing in the EU), which is 0,068% (0,14%) of the European population.[1] This is still a vast number, of course, and the highest number (or 'wave') so far, since the last 'flood' of asylum-seekers of 2001, and 1992 before that.[2][3] After some deliberation (as of september 7th, 2015), (at least) 120.000 refugees were divided/redistributed amongst European countries in such a way that Germany, France and Spain will take in the highest percentages of these newcomers (26,2%, 20,02% and 12,44% respectively).[4]

Currently (september 2015), there is a discussion about a certain treaty that states that refugees/asylum-seekers have to request asylum in the country where they first entered the EU. This Dublin Regulation is a law which determines that should immigrants travel onward within the EU or illegally cross borders to another country, then these countries are allowed to send them back to the country where they came from.[5] In this case, that country would be Hungary, as people fleeing from Eritrea, Syria, Iraq and Iran have to go through several countries to reach Hungary to enter the EU. 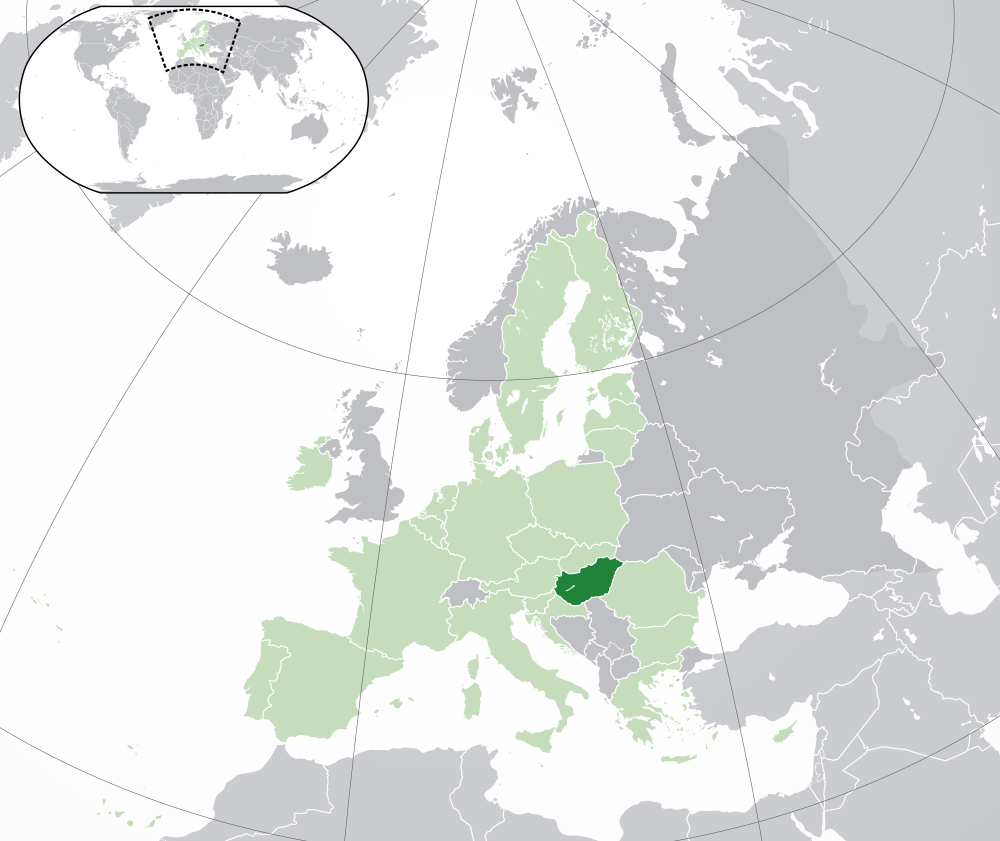 However, in practice Hungary (among the countries surrounding it, like Greece, the Republic of Macedonia and Turkey) is currently experiencing some trouble processing such a high number of applications in such a short amount of time, because of their geographic position and/or because they weren't/aren't prepared for this.[6][7][8][9]

Therefore, this law which prevents immigrants/refugees/asylum-seekers to travel onwards has temporarily been suspended by Germany and the Czech Republic until further notice, as the vast majority desires to enter Germany (through the Czech Republic, Slovakia and Austria).[10] At the same time, another treaty is being suspended, as the Schengen Agreement which was created for a 'borderless Europe' (i.e. the gradual abolition of border checks at the signatories' common borders) is occasionally being revoked as border controls check the influx of new arrivals - somewhat prohibiting the "free movement of persons", what it was actually created for. In August, Chancellor Merkel already announced that the Schengen Agreement will be at stake, should other countries show inflexibility and not take these wandering refugees in.[11][12][13][14]

Some countries are already sending people back to Hungary; the Prime Minister of Hungary demands financial aid to distribute among the non-EU countries surrounding Syria, and announced the deporture of refugees back to their home countries.[15][16] UPDATE(21-11): A website with more recent data on the total population of Syrian refugees can be found here. It contains a demographic chart showing that the majority of adult refugees are female (23,7% versus 22,1%), however the majority of Syrian refugees migrating to Europe are male (16% versus 62%, with the latter percentage indicating the male population)[29][30]. It has been suggested that some of these men travel ahead of their family[source needed] (possibly remaining in refugee camps in Libya, which is "currently one of the main hubs for migrants wishing to enter Europe"), as the journey over sea is too dangerous and expensive.[31]

Other members of the EU are still deliberating about it; tomorrow (14-09) the EU-ministers of Internal Affairs will gather to discuss this subject. However, despite pleas for a special meeting with ministers of External Affairs (among others by Austria and the German minister of Foreign Affairs Frank-Walter Steinmeier) before the regular one, which will be held on 15 and 16 Octobre (with migration as one of many topics), this request has been denied.[17]
UPDATE(20-09): 21 and 22 September the Arraiolos-group consisting of 11 non-reigning heads of State (including Bulgaria, Estonia, Finland, Latvia, Slovenia and Malta) will hold their annual meeting, in which this topic will be discussed.[23][24][25]

For the migrants, whatever their intentions and motives might be, so far the bottle-neck to the influx of this group is the government of Eastern Europe (Visegrad-group consisting of Hungary, Czech Republic, Slovakia and Poland), while Western Europe welcomes refugees who made the provisional end of their journey.[18][19][20]
What these (secured) refugees need the most, are people to talk to and to play with, just to take their mind off of their current situation.[21][22] Some of them have indicated that they plan to go back. (European) people need to get over their prejudice (based on previous experiences) that asylum-seekers are per definition luck-seekers or terrorists in disguise. As for them stealing our jobs, European unemployment rates are currently relatively low and in some European industries (like transport and technical service providers) engineers are needed.

The biggest current threat in the EU I think are clashes between Turkish integrated immigrants and Kurdic newcomers. It's a subject that hasn't really landed in daily conversation, although much attention has been given to it in news reports and documentaries on such clashes in other countries, like Turkey (which is a candidate for EU-membership, and therefore no member - yet).

A short while ago, a copy-paste of the part that went missing was sent to me like I hoped for (thanks again!). I left it unfinished for a while, because I expected some developments in the debate on immigration that would render the old part obsolete. I will try to find better sources on this topic (like these: [26][27][28])

Reply to this opinion
subscribe
share/challenge
flag
Challenge someone to answer this opinion:
Invite an OpiWiki user:
OR
Invite your friend via email:
@
click for template
x
OR
Share it:
Share this opinion via OpiWiki smartlink:
OR
Opinion's page
Click the @ to see full topic's discussion.
Status:
Active
Replies:
Be first to reply!
subscribe
For new reply notification
Voting
(62 votes)
Share opinion's discussion:
more »
See also:
3
Did Angela Merkel make a mistake accepting too many refugees and immigrants?
Is one terror-like incident by a Muslim immigrant a sufficient argument for the extreme vetting of immigrants from certain countries?
Should Turkish immigrants be allowed entry in Germany/Austria?
H.R.213 - Fairness for High-Skilled Immigrants Act of 2015

Do you like Donald Trump's idea to temporarily ban Muslims from entering the U.S.?
H.R.158 - Visa Waiver Program Improvement and Terrorist Travel Prevention Act of 2015
1
Would you be open to welcome refugees from Middle East or Africa to your country?
6
Is the current migrant crisis a someone's strategy to weaken Europe?
3
Is Donald Trump's "ban on refugees" unconstitutional?
7
Is it Europe's responsibility to take in the refugees?

Should Germany allow more than 2 million refugees in 2016?
1
Should Europe or/and the U.S. invade Syria to end the civil war?

Is Angela Merkel responsible for the 2016 Berlin Christmas market truck attack?
S.2146 - Stop Sanctuary Policies and Protect Americans Act
Donald Trump or Jorge Ramos - who do you stand by on the illegal immigration issue?

Do you like the idea of building a greater wall at the U.S.–Mexico border to fight the illegal immigration?
H.R.3011 - Kate's Law
13
Should children born in the U.S. to illegal immigrants be granted citizenship?
9
Should illegal aliens receive welfare, free medical care, subsidized housing, etc.?
1
H.R.2377 - Encourage New Legalized Immigrants to Start Training (ENLIST) Act