Mayweather vs. Pacquiao as a boxing match

This fight got so much publicity only because Mayweather is American. These two guys wouldn't be even in the top 1000 best boxers in the world if there were no weight divisions. And a weight division for 70kg fighters is simply ridiculous. Can't wait for a basketball league for players under 6 feet. Imagine if Mayweather was Russian for example - no one would be interested to see this. This is not about great fighters, this is about America promoting a good guy in a funny weight division, because they don't have any good fighters in the true "division" - the "division" when everyone is allowed to compete. I'm not surprised America is doing the job so well, after all, they're true masters at promotion. Just as they can make an awful song or movie very popular, thay can do the same with their "champions". The truth is both Mayweather and Pacquaio are not fighters - they're 70kg fighters. 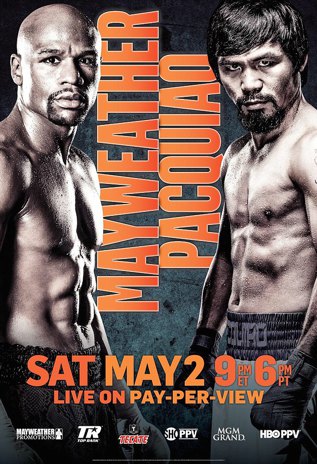 When was Mike Tyson at his prime?

George Foreman
3
Should transgender fighters be allowed to compete in women divisions?

Manny Pacquiao
Would you like to see Tyson Fury vs. Cain Velasquez fight?