The Zero Marginal Cost Society as a book

Jeremy Rifkin's new book "The zero marginal cost society, the internet of things, the collaborative commons, and the eclipse of capitalism" is a very dense read. Well researched and documented and seems to have a lot of rationalizations for current societal issues and situations. Especially the new ways the millennial's interact with everything. The possibilities of societies morphing in the future into the third industrial revolution of the 'collaborative commons' organizational structure seams plausible (and a bit hopeful), and while I agree with most of his presumptions, (but with a little less of his self-congratulatory prognostication pronouncements); what I'm looking for is any questions or rebuttals to his theories.

The major one I see is that current wealthy, capitalistically successful, people, are going to actively oppose any change that diminishes their current power and wealth status. Nepotism is a very strong motivator over the social contract with your neighbors, and I believe the real motivator for Capitalism. I think he glossed over the real struggle and costs (in lives) for labor to oppose capitalistic control historically. (strikes, Agent Provocateur actions, etc) I think that will be a bigger force than his supposition it will just be overcome by the mass of distributed peer-to-peer networks that are starting, and are going to eventually develop. And the current situation with the Net Neutrality 'debate', is a specific example. Both the underhanded and back-door way the current controlling interests are manipulating it, and the public backlash that is occurring, and has previously occurred (SIPA, occupy movements, etc).

I also think the coming transparency in society (due to omnipresent cameras, internet tracking, marketing databases, etc) will have a much greater effect, both on citizens, AND the fact that the back-door shenanigans that governments and leaders have historically done, will also be much more observable by the people they are governing. And this should be for the good, as a camera on all police actions really does help with 'policing the populous'; as Supreme Court Justice Louis Dembitz Brandeis stated, "Sunlight is said to be the best of disinfectants; electric light the most efficient policeman."

What's even more interesting is how the now more visible libertarian movement will take to these future possibilities. They like the NAP and personal accountability and responsibility for your actions, while seeming to ignore the unethical behaviors inherent in the more Randian objectivist dogma within their literature. But some seem to ignore that humans naturally congregate together in societies that have rules, and therefore a system of governance for the current society. Another Supreme Court Justice has a quote I also like, that seems to sum up both libertarian ideologies and the future posited in the book; Oliver Wendell Homes Jr. "The right to swing my fist ends where the other man's nose begins."

Too bad the current Supreme Court isn't as aware of reality as their forebearers were.

So I think it is a good book, got some interesting ideas and presumptions, but looking for discussion and critiques about it. 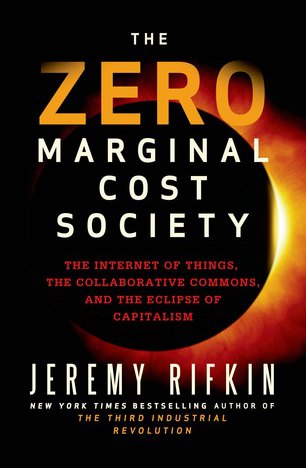 American Sniper: The Autobiography of the Most Lethal Sniper in U.S. Military History
1
Book or film?

J. R. R. Tolkien
Is someone likes George R. R. Martin, what other authors could he possibly like?

A Song of Ice and Fire