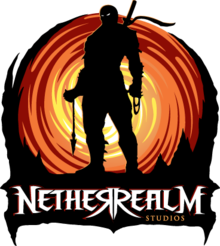 NetherRealm Studios is an American video game developer based in Chicago, Illinois. The company was founded in 2010 replacing WB Games Chicago and Midway Games, which purchased assets in 2009 that were formerly owned by Midway Games Chicago after Midway filed for bankruptcy.

The assets purchased included Midway's studio in Chicago and Surreal Software, resulting in the ownership to the rights to the Joust, Mortal Kombat, The Suffering, Spy Hunter and Wheelman series. In 2009, WB Games first rebranded the Mortal Kombat team as WB Games Chicago, before both WB Games Chicago and Midway Games were merged to form NetherRealm Studios in 2010. The studio is named in reference to the Netherrealm, a recurring location in the Mortal Kombat series, and features recurring series character Scorpion in its logo.

NetherRealm's first game, the ninth installment and the reboot of the Mortal Kombat series, was released in North America on April 19, 2011 for the Xbox 360 and PlayStation 3 platforms. The studio is led by industry veteran, and series co-creator, Ed Boon.