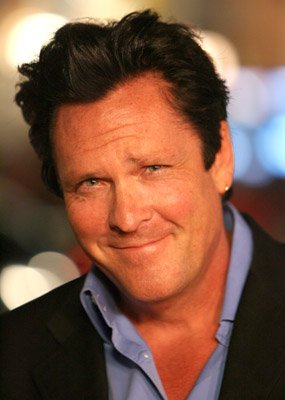 (poet) Michael Madsen has been writing for over 20 years. He began his writing on match books, napkins and hotel stationery in between his time working on movie sets and traveling around the world. In 2005, 13 Hands Publications compiled all of his poetry and released The Complete Poetic Works of Michael Madsen, Vol I: 1995–2005. The original books released were Beer, Blood and Ashes (1995), Eat the Worm (1995), Burning in Paradise (1998), and the now out-of-print A Blessing of the Hounds (2002), 46 Down; A Book of Dreams and Other Ramblings (2004) and When Pets Kill (2005).

In 2008, Madsen was invited and appeared in Norway for the Norwegian translation and release of Burning In Paradise. In November 2010, he was the guest of honor for his poetry at the Crossing Border Festival at The Hague.

Another book of poetry, American Badass, was released on September 25, 2009. Madsen dedicated the book to the memory of his friend and Kill Bill co-star David Carradine.

His latest book, Expecting Rain, was released in October 2013 with an introduction by Jerry Hopkins.

(photographer) Madsen is also a photographer. In 2006, he released his first book of photography entitled Signs of Life, published by 13 Hands Publications, which also contains new selections of his poetry. He dedicated the book to the memory of his friend and fellow actor Chris Penn, who starred with Madsen in Reservoir Dogs and Mulholland Falls.