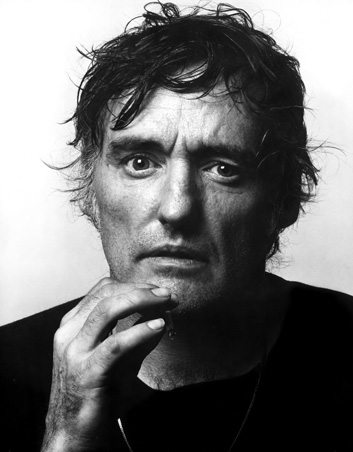 Dennis Lee Hopper (May 17, 1936 – May 29, 2010) was an American actor, filmmaker, photographer, and artist. He attended the Actors Studio, making his first television appearance in 1954, and soon after appeared in two films with James Dean. In the next ten years he made a name in television, and by the end of the 1960s had appeared in several films. Hopper also began a prolific photography career in the 1960s.

In 1969 Hopper directed and starred in Easy Rider, winning an award at the Cannes Film Festival, and was nominated for an Academy Award for Best Original Screenplay as co-writer.

Hopper was unable to build on his success for several years, until the fame brought by his role as the American Photojournalist in Apocalypse Now (1979). He then appeared in Rumble Fish (1983) and The Osterman Weekend (1983). He then could be seen in Blue Velvet and Hoosiers, with the latter film garnering him an Academy Award nomination for Best Supporting Actor. In 1988 he directed Colors, and in the following years played the eponymous lead character in Paris Trout. He played numerous villains including: Speed (1994), King Koopa in Super Mario Bros. (1993) and in Waterworld (1995). Hopper also played heroes, such as John Canyon in Space Truckers.

Hopper's later work included a leading role in the television series Crash. His last performance was filmed just before his death: The Last Film Festival, originally slated for a 2011 release.