She was also known for her semi-autobiographical novel Postcards from the Edge and screenplay for the film of the same name, as well as her autobiographical one-woman play and the nonfiction book Wishful Drinking based on the show. More: en.wikipedia.org. 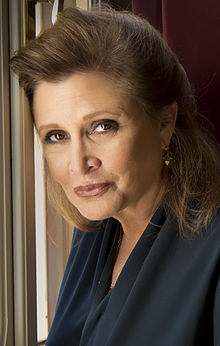