Announced on 2 March 2015, the Sony Xperia Z4 Tablet is a touchscreen Android tablet manufactured and designed by Sony. Unlike its predecessor, the Xperia Z4 tablet features a 2560 x 1600 resolution 10.1-inch screen and is water and dustproof with a rating of IP65 and IP68. The tablet is lighter and thinner than its predecessor, weighing at 0.85 pound (389 g) for the WiFi model and 0.86 pound (393 g) for the LTE model and is 0.24 inches (6.1 mm) thick. The Z4 Tablet features the Snapdragon 810 processor and WQXGA resolution screen. It was unveiled in the press conference held by Sony alongside the Sony Xperia M4 Aqua during the 2015 Mobile World Congress in Barcelona, Spain, on March 2. More: en.wikipedia.org. 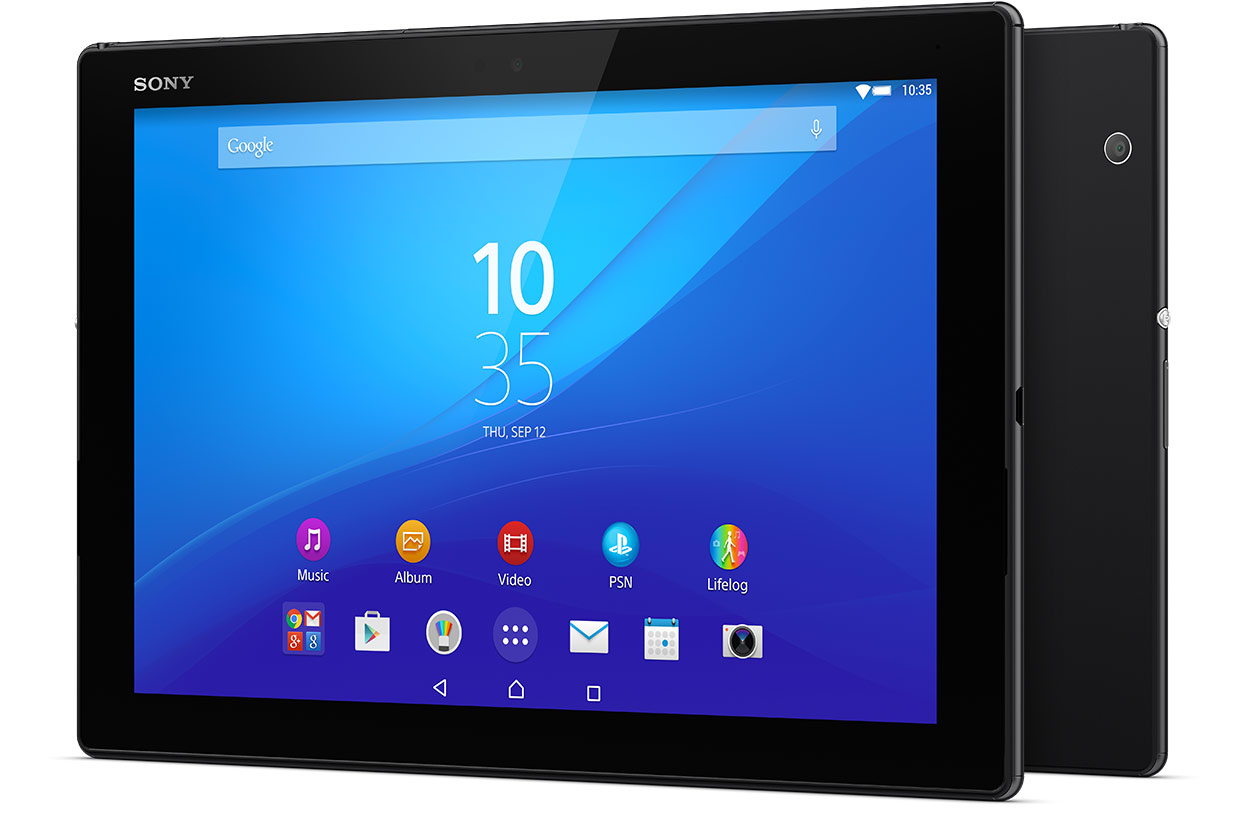