Scary Movie 5 as a movie - discussion

Scary Movie 5 (stylized as SCARY MOV̲IE) is a 2013 American horror comedy parody film and the fifth installment of the Scary Movie franchise. It is the second film to be distributed by The Weinstein Company under the Dimension Films brand. The film is directed by Malcolm D. Lee and written by David Zucker. It was released on April 12, 2013.

Scary Movie 5 is the only installment of the franchise not to feature Cindy Campbell (played by Anna Faris) or Brenda Meeks (Regina Hall) (due to the end of their storyline). It premiered on April 11 at the Hollywood’s ArcLight Cinerama Dome. The film parodies various horror films and other popular culture. More: en.wikipedia.org. 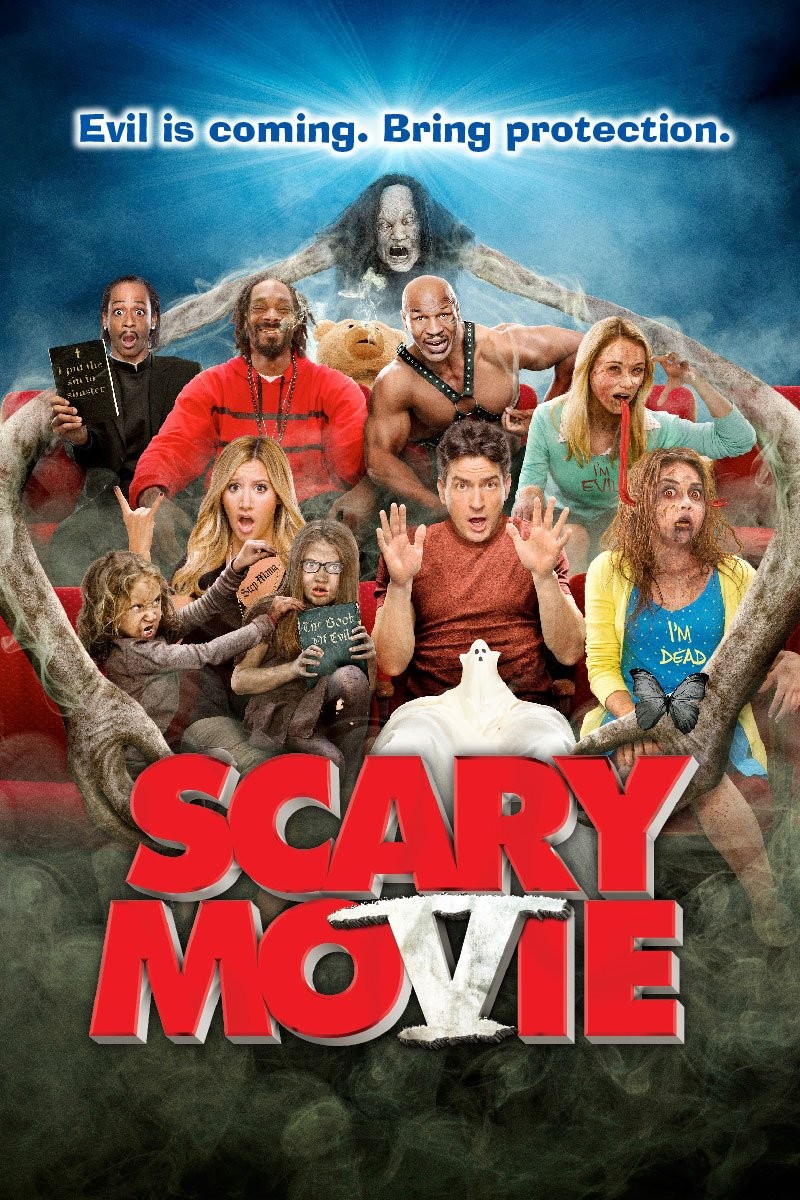