Schindler's List is a 1993 American epic historical period drama film, directed and co-produced by Steven Spielberg and scripted by Steven Zaillian. It is based on the novel Schindler's Ark by Thomas Keneally, an Australian novelist. The film is based on the life of Oskar Schindler, an ethnic German businessman who saved the lives of more than a thousand mostly Polish-Jewish refugees during the Holocaust by employing them in his factories. It stars Liam Neeson as Schindler, Ralph Fiennes as Schutzstaffel (SS) officer Amon Goeth, and Ben Kingsley as Schindler's Jewish accountant Itzhak Stern. More: en.wikipedia.org. 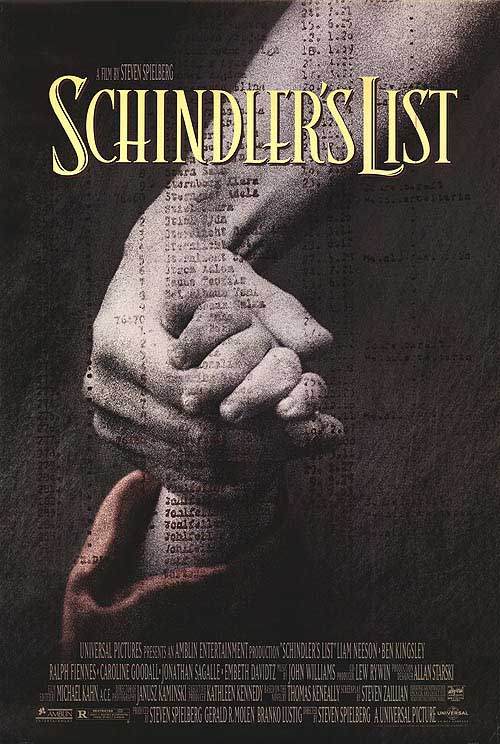