Deadpool as a movie - discussion

Deadpool is a 2016 American superhero film based on the Marvel Comics character of the same name. It is the eighth installment in the X-Men film series. The film is directed by Tim Miller, with a screenplay by Rhett Reese and Paul Wernick, and stars Ryan Reynolds, Morena Baccarin, Ed Skrein, T. J. Miller, Gina Carano, Brianna Hildebrand, Stefan Kapičić, and Leslie Uggams. The film follows Wade Wilson who, after being subjected to an experiment that leaves him with new abilities, hunts down the man who nearly destroyed his life.

Deadpool premiered in Paris on February 8, 2016, and was released on February 12, 2016 in North America in IMAX, DLP, D-Box and premium large formats. The film had the highest-grossing opening weekend for an R-rated film in North America, and broke numerous other box office records. A sequel has been greenlit. More: en.wikipedia.org. 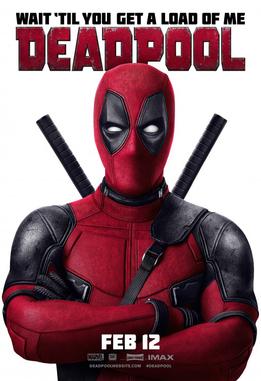