Following SNP success in Scotland at the general election there has been the suggestion of another referendum on Scottish independence. Do you think this is likely to occur or are these suggestions not credible?

It all depends on how brexit works out, if they get a fair deal then no, if the EU tries and punish Britain for wanting to leave then maybe yes. I'm betting with all the immigrant problems, the right gaining power, that Britain will get an OK deal, IF the EU tries to punish Britain it will be shooting it self in the foot. France does 26 billion in trade, Germany does 46.5 billion and if they try and close Britain out of the EU or make it too expensive to do business with the EU what make the EU think the Britain won't lock the doors to them? I'm sure the Japanese would be more that happy to pick up a lot of the slack, along with the USA, and many other counties that aren't part of the EU. Or does France and Germany think their wine, cars, and other good can't be replaced? 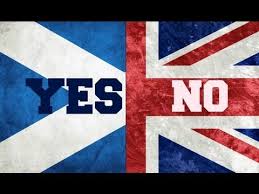 Jean-Marie Cavada
3
Did Angela Merkel make a mistake accepting too many refugees and immigrants?
7
Is it Europe's responsibility to take in the refugees?

Donald Tusk
7
Should Putin's Russia be engaged or isolated by the West?
Who is responsible for the war in Ukraine?

Nigel Farage
6
Is the current migrant crisis a someone's strategy to weaken Europe?
As an European, would you like your country to be/stay in the European Union?

European Union - opinions
1
Do you think the current state of political affairs is similar to the Cold War state?