Boy & The World as a movie - discussion

It tells the story of Cuca, a boy who lives in a distant world, in a small village in the interior of his mythical country. One day, he sees his father leaving in search of work, embarking on a train towards to an unknown capital. The weeks that follow are of anguish and confusing memories. Until then, one night, a breath of wind breaks into the bedroom window and takes the boy to a distant and magical place. More: en.wikipedia.org. 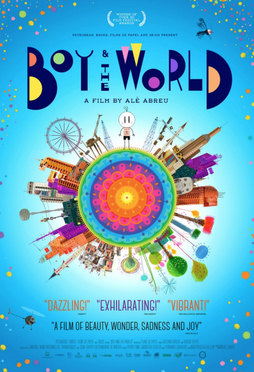