Kill Bill: Volume 1 is a 2003 American martial arts film written and directed by Quentin Tarantino. It is the first of two Kill Bill films produced at the same time, and was followed by Kill Bill: Volume 2 (2004). It was originally set for a single theatrical release, but with a runtime of over 4 hours, it was divided into two films. It stars Uma Thurman as the Bride, who seeks revenge on an assassination squad led by Bill (David Carradine) after they try to kill her and her unborn child. The film was a commercial success. More: en.wikipedia.org. 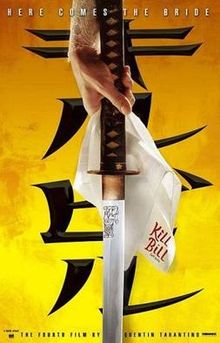