Star Wars: Sequel Trilogy is the third film trilogy in the American space opera franchise Star Wars, created by George Lucas. It is being produced by Lucasfilm Ltd. The trilogy will consist of episodes VII through IX and will follow after Return of the Jedi (1983) in the saga's chronology. Lucas originally planned a sequel trilogy in the mid-1970s, but had abandoned these plans by the late 1990s. In 2012, The Walt Disney Company acquired Lucasfilm and announced production of a sequel trilogy.

The first installment, Star Wars: The Force Awakens, began pre-production on October 30, 2012 and was released on December 18, 2015 in the U.S., following a special premiere screening in Los Angeles on December 14. The film is directed by J. J. Abrams who co-wrote the screenplay with Lawrence Kasdan. Harrison Ford, Mark Hamill, Carrie Fisher, and other main characters from the original trilogy returned to reprise their roles and co-star alongside John Boyega, Daisy Ridley, Adam Driver and Oscar Isaac.

Episode VIII is planned to be released on May 26, 2017, with filmmaker Rian Johnson writing and directing it. Johnson is also to write a story treatment for Episode IX, which will be directed by Colin Trevorrow. More: en.wikipedia.org. 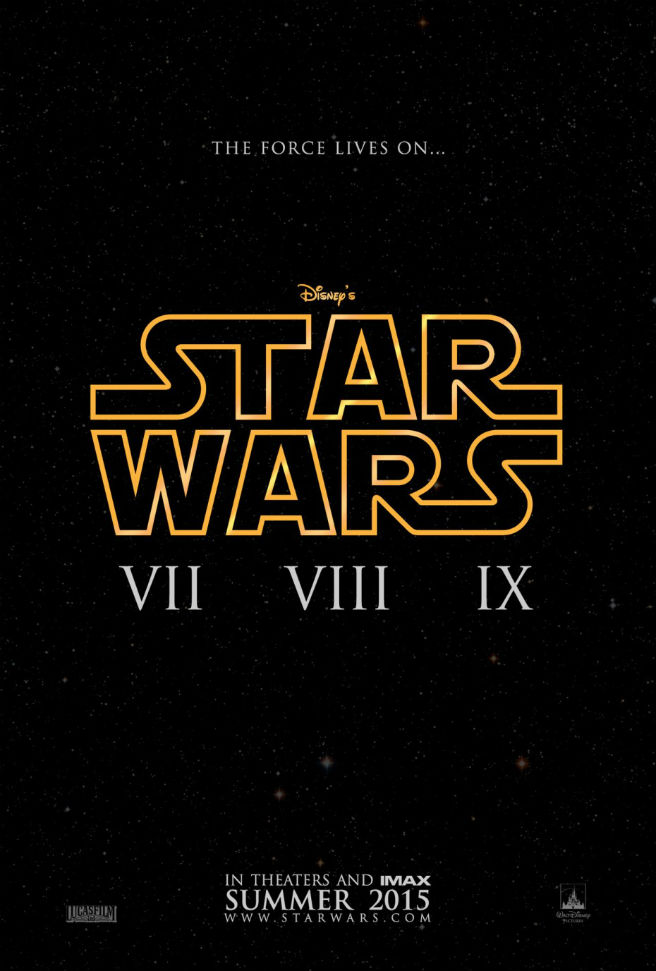