Who should be the Democratic candidate? (H. Clinton, M. O'Malley, B. Sanders)

None of them. Sorry to dispute the very question but they're all awful. I think it's a massive shame there's only 3 candidates (one of whom is never going to win the nomination - O'Malley). The Democratic Party is huge with many talented governors and senators yet the primaries this time around are ridiculously limited in terms of candidates and have far too few debates. This is the party most likely to win the general election and its basically just a coronation for Hillary Clinton. I miss the 2008 primaries when there was a larger array of candidates, even if they just boiled down to Obama and Clinton in the end.

I'd say Bernie's relative success in Iowa and his polls in New Hampshire would challenge that assumption, though I do recognize why you feel that way.

Bernie Sanders will win in New Hampshire, and probably a few other states in the North, but he's hideously unpopular outside of those areas (particularly in the South). Without a broader appeal across the country Sanders will not get the nomination.

Polls consistently show he can beat most of the Republicans including Trump, and with Trump it's by huge margins. He has huge approval ratings, and in the South he will have the benefit of black voters.

I think the big value of Bernie is that he's pushing the pack leftward. It's a populist year.

Sanders is down by 30 points in South Carolina, 20 points in Nevada, down 30 in North Carolina, and is down by the same number in even Massachusetts. In a 2 person race that's pretty conclusive. Sanders will not be the nominee, and that makes your point about Sanders beating the GOP field irrelevant, especially when indications show Clinton would be just as strong in the general election.

None, they're all bourgeois imperialists who will do nothing but maintain the current state of affairs, they will do nothing for the working class, here or internationally.

"No matter who wins, the working class loses" 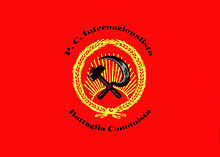 Chomsky disagrees this year.This idea is childish. Yes, we are not electing Bakunin to President. No, that does not mean that the differences between Republicans and Democrats for the purposes of the working class (and also lots of other groups you decide to brush over like women, Mexicans, blacks, gays, etc.) are moot.

Clinton has too many skeletons in the closet, Sanders is a die-hard socialist. That leaves us with simple choice: O'Malley. Is he a good candidate? No. He's just the best of the worst.

"A die hard socialist" is a problem why? I recognize that this is an opinion on an opinion wiki, but this is simply rejection of an idea because of its name.

By the standards of Americans, none of them are moderate. There have been no moderates: There are two right-wing business parties, one of which is by now quasi-fascist.

Bernie has a very good chance to beat Trump and many other Republicans.

In a national election, Bernie's democratic socialism is nowhere near as relevant as the fact that his gun policy is nuanced, his foreign policy is much closer to the center, and he has a reputation for integrity and honesty.

O'Malley is actually a very fine choice, but Sanders will bring a new perspective that is needed to the White House. The rich and corporations have had their interests represented at the cost of everyone else's for too long.

reply
subscribe
share/challenge
flag
Add your opinion
Challenge someone to answer this topic:
Invite an OpiWiki user:
OR
Invite your friend via email:
@
click for template
x
OR
Share it:
Share this discussion via OpiWiki smartlink:
OR
Add your opinion
Status:
Active
Views:
1,723
subscribe
For new opinion notification
Voting
(221 votes)
Related items [4]

Bernie Sanders
Bernie Sanders or Donald Trump - who would you vote for?
S.1981 - Equal Employment for All Act of 2015
1
Will Bernie Sanders' plan work if he becomes President?

What do you think about Anonymous' April 9 message to Hillary Clinton?
4
Do you think that Russia interfered with the 2016 election by illegal hacking to help Donald Trump?
18
Hillary Clinton - approval rating