Fable as a PC game - discussion

Fable is an action role-playing open world video game in the Fable series. It was developed for Xbox, Mac OS X, and Microsoft Windows platforms, by Big Blue Box, a satellite developer of Lionhead Studios, and was published by Microsoft. The game shipped for Xbox on 14 September 2004. An extended version of the game, Fable: The Lost Chapters, was released for Xbox and Microsoft Windows in September 2005; Feral Interactive ported the game to the Mac platform on 31 March 2008 and Robosoft Technologies created the platform after a delay of more than two years due to licensing issues.

Originally developed under the name Project Ego, Fable‍ '​s development involved more than 150 people. The game's music was composed by Russell Shaw, with the opening title theme written by Oscar-nominated composer Danny Elfman. The game's release was widely anticipated, due in part to Lionhead creator Peter Molyneux's enthusiastic hype of the game.

Fable was the top-selling game of September 2004 and sold more than two million units by 2007. The game was followed by two sequels, Fable II in 2008, and Fable III in 2010. A high-definition remake of the game, entitled Fable Anniversary, which includes The Lost Chapters was released on February 2014 for the Xbox 360. More: en.wikipedia.org. 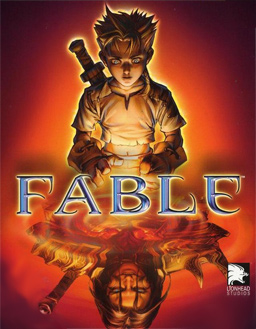