Destiny: The Dark Below as a Xbox game expansion - discussion

Destiny‍ : The Dark Below, is the first DLC for Destiny. was released on December 9, 2014. The expansion added new content centering around the Hive race and their deity Crota, Son of Oryx, led by new character Eris Morn ("Crota's Bane" reputation/vendor), including three new story missions and several quests, new bounties and equipment, the strike "The Will of Crota", new Crucible maps, and the raid "Crota's End", where a team travels deep within the caverns of the Moon to take on Crota directly. More: en.wikipedia.org. 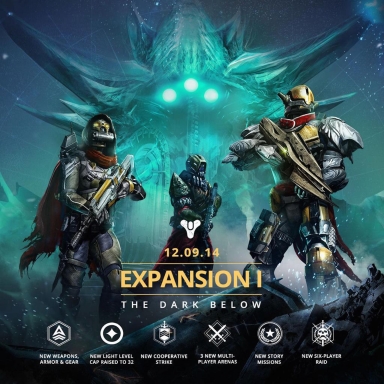 StarCraft II: Legacy of the Void

StarCraft II: Heart of the Swarm