What are your general thoughts? Why the attacks happened and why we weren't able to prevent them? Why France? How should France and the world respond?

On the evening of 13 November 2015, a series of coordinated terrorist attacks occurred in Paris and Saint-Denis, France. The attacks consisted of mass shootings, suicide bombings, bombings and hostage taking. Beginning at 21:16 CET, three separate explosions and six mass shootings occurred, including bombings near the Stade de France in the northern suburb of Saint-Denis. The deadliest attack was at the Bataclan theatre where attackers took hostages and engaged in a standoff with police until it was ended at 00:58 14 November CET.

At least 129 people were killed, 89 of them at the Bataclan theatre. More than 350 people were injured by the attacks, including 99 people described as being in a serious condition.

On 14 November, the Islamic State of Iraq and the Levant claimed responsibility for the attacks. More: en.wikipedia.org.

0 opinions, 0 replies
Add your opinion:
Challenge someone to answer this topic:
Invite an OpiWiki user:
OR
Invite your friend via email:
@
click for template
x
OR
Share it:
Share this discussion via OpiWiki smartlink:
OR 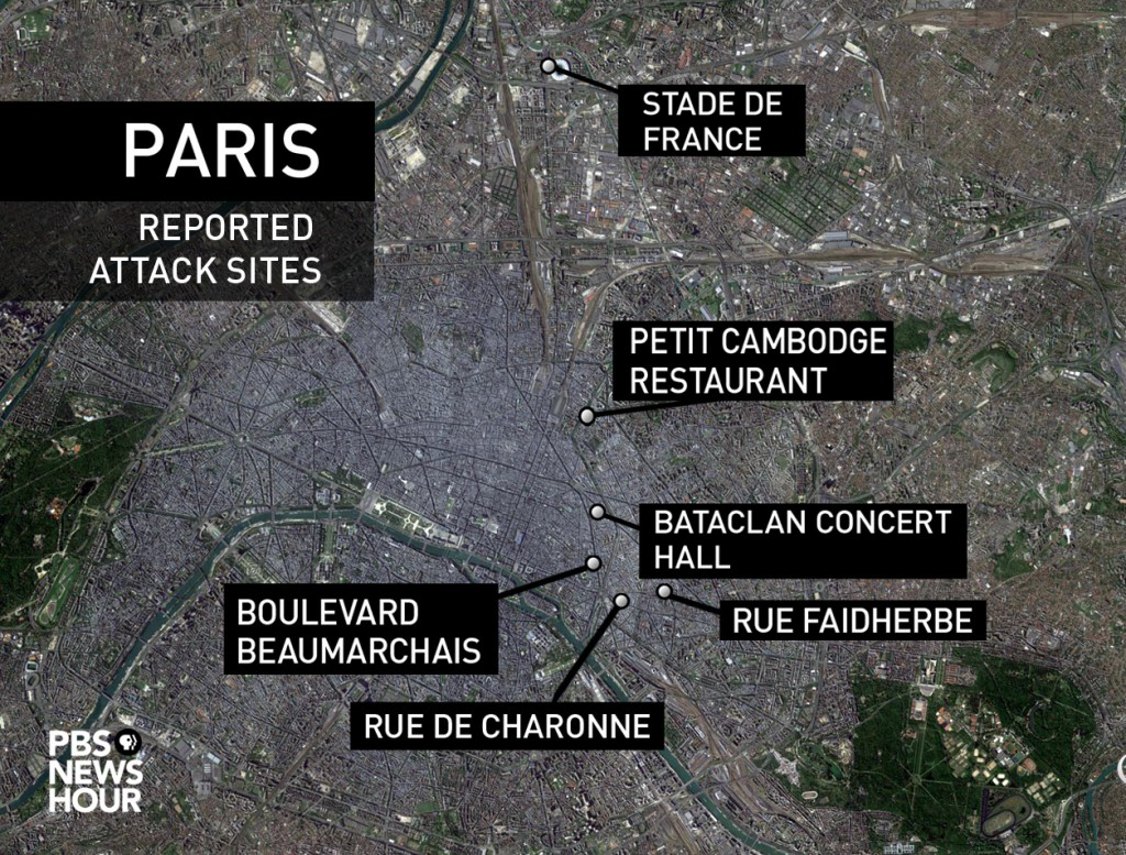 Did the Cincinnati Zoo officials have the moral right to kill Harambe the gorilla?

Why are women marching against President Trump?
12
Is restricting gun access a part of the solution to mass shooting incidents in the U.S.?
Is the 2016 Ohio State University attack a good example of why gun access control can save lives?

Is Angela Merkel responsible for the 2016 Berlin Christmas market truck attack?
Is one terror-like incident by a Muslim immigrant a sufficient argument for the extreme vetting of immigrants from certain countries?
1
What do you think about Donald Trump saying he would bomb the shi*t out of ISIS?
8
If you were a Muslim, would you be ashamed to belong to the same religion as Muslim terrorists?
1
War with ISIS: Would it be possible to destroy ISIS using force?
Why ISIS chose France for their November attacks?
1
Does Vladimir Putin really care about fighting ISIS?
5
Is it fair to say that terrorists are human garbage?
17
Do you think ISIS army is a real threat to the U.S.?
How should we fight ISIS?
3
Do you approve of the UK and the US sending ground troops back into Iraq to fight ISIS?
1
What is Russia's interest in Syria?
2
ISIS or Global warming - which is our bigger problem?
Should waterboarding be legal?
5
Should displaying an ISIS flag be banned by law?