World of Warcraft: The Burning Crusade as a PC game expansion - discussion

World of Warcraft: The Burning Crusade is the first expansion pack for the MMORPG World Of Warcraft. It was released on January 15, 2007 at midnight in Europe and North America, selling nearly 2.4 million copies on release day alone and making it the fastest-selling PC game in those regions. It was released on January 17, 2007 in Australia and New Zealand; in total, approximately 3.53 million copies were sold across these territories in the first month of release, including 1.9 million in North America, over 100,000 copies in Australasia, and nearly 1.6 million in Europe. It was also released in Singapore, Thailand, and Malaysia on January 15, 2007. It was later released in South Korea on February 1, 2007; in Taiwan, Hong Kong, and Macau on April 30, 2007. The game was released in China on September 6, 2007. On June 28, 2011, Blizzard released the game for free to all users who purchased the original game. More: en.wikipedia.org. 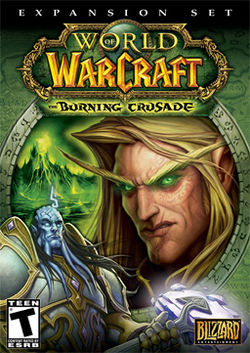 World Of Warcraft
Are free to play games with subscriptions a good idea?