Michael Anthony as a musician (as an artist, in whole) - discussion

Michael Anthony Sobolewski (born June 20, 1954), known professionally as Michael Anthony, is an American musician who is currently the bass player in the rock supergroup Chickenfoot. Anthony is best known as the former bass player for the hard rock band Van Halen.

Anthony is known for his stage antics, his effects-laden live solos, his number of custom-made bass guitars including a Jack Daniel's model shaped like a whiskey bottle, and his background vocals in Van Halen. He also has a signature Yamaha bass guitar series. In total, Anthony is known to have in excess of 150 bass guitars. In addition to his musical career with Van Halen and other acts, Anthony markets a line of hot sauces and related products named Mad Anthony. More: en.wikipedia.org. 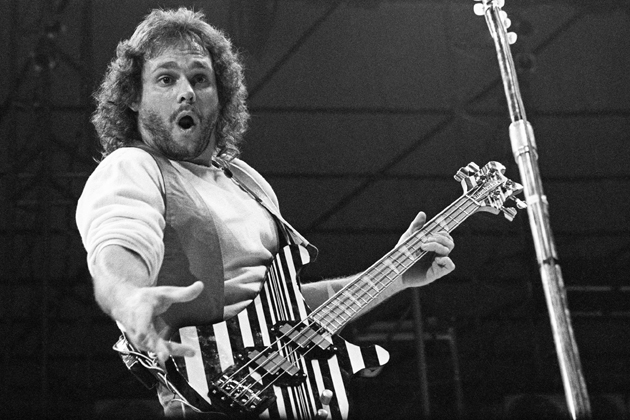